Charlotte McKinney is IN a trailer! You can see her! 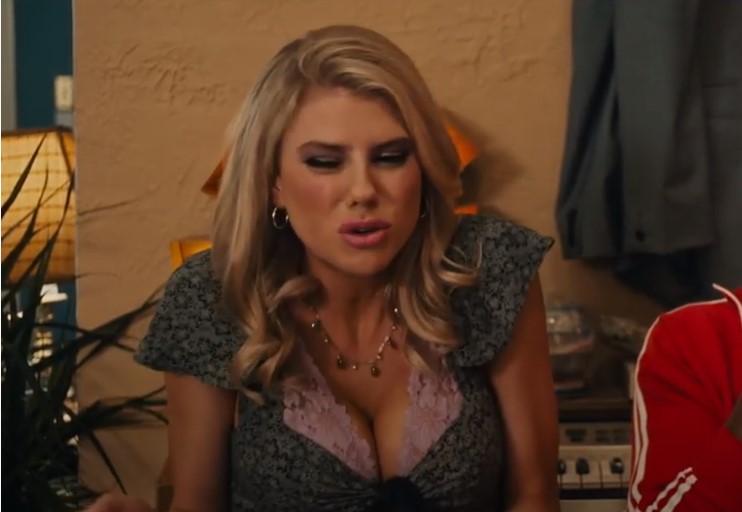 OK not long ago I wrote about a Charlotte McKinney movie where she was on the poster but not in the trailer. Well this time I found a new movie where she is actually IN the movie and she talks!  The Argument is a new film from Robert Schwartzman (Dreamland, The Unicorn) about a couple who has a fight during a party and wants to figure out which one of them is right. In order to get to the bottom of it, they try to recreate the entire party exactly how it happened the first time. They reinvite their friends to have a do-over but eventually it looks like they have to hire actors to try to perform the reenactment.

That’s where Charlotte comes in. She is one of the actors and actually gets a joke in the trailer. That’s not nothing, folks. And she is in a group the whole time so it seems like it would be pretty tough to cut her out. Let’s hope so!  The Argument stars: Dan Fogler and Emma Bell, with Maggie Q, Danny Pudi, Cleopatra Coleman, Karan Brar, Marielle Scott, Tyler James Williams, Nathan Stewart-Jarrett, and Mark Ryder.  Not to mention Charlotte!  Check out the trailer below.