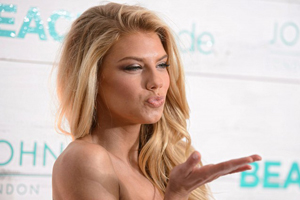 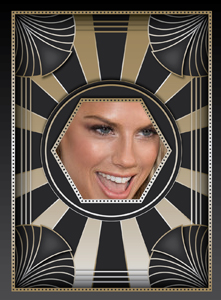 Best Buddies is “the world’s largest organization dedicated to ending the social, physical and economic isolation of the 200 million people with intellectual and developmental disabilities (IDD).”  Why did I put that information in the Charlotte McKinney Sunday post?  Well because Charlotte went to one of the Best Buddies regional proms over the weekend with a kid who dressed like Prince and looked dope.

And his friend who is a girl (I am not gonna say they were a couple because if they were then Charlotte was moving on her man which would not be cool) looked great, too.  Check out the two Instagram posts she made.  One video and one pic.  I would have more pictures, but apparently they don’t let just anyone into Best Buddies proms even if they do have an old timey hat with a piece of paper that says PRESS in it.  Stuck up jerks!

Anyway – Charlotte is awesome and charitable and that kid really does have a mint outfit.  See you next week!

Our friend @charlottemckinney, celebrating #BestBuddiesMonth at the @bestbuddiesca Prom! Best Buddies made a huge impact in her life during high school, let it impact yours. Join us in creating a more inclusive world at bestbuddies.org.