Cheers for Beers: It's Oktoberfest Time 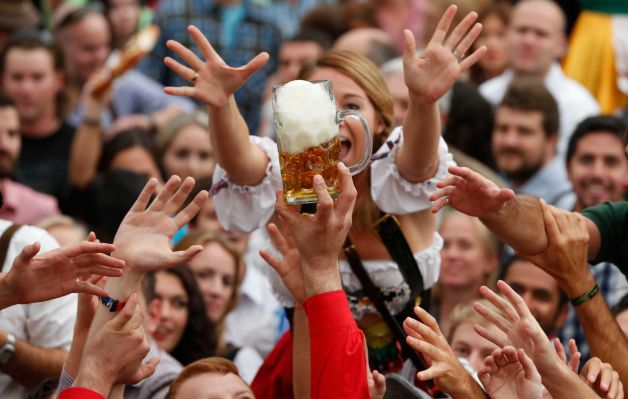 To beer drinkers, the end of September means one thing: Oktoberfest!  Held in Munich since 1810, last Saturday kicked off the 180th festival, which goes until October 6th this year.  Yes, it’s a 3 week long festival of beer, where more than 6 million people descend on Bavaria to drink gallons of Oktoberfest beer, eat roast chickens and pretzels, and pass out as bierleichen (“beer corpses”) in front of the oom-pah bands. Oktoberfest beer, poured one liter at a time in traditional glass steins, must meet certain strict standards to be served at the festival, which is apparently not a problem, since they manage to serve nearly 2 million gallons. That’s enough to fill up three Olympic-sized swimming pools and require a police presence to keep order at the port-a-potties. Since nearly half those beer drinkers are of the female persuasion,  I put a little gallery of Oktoberfest ladies in landhausmode downing a stein or five after the jump (and yes, you will see some people calling the outfits dirndl, but a dirndl is a traditional Bavarian outfit and not a “tavern wench at ye olde renaissance faire” costume. But I digress).  So click the link, hoist a litre of Löwenbräu, cram some sausage in your face, and prost!