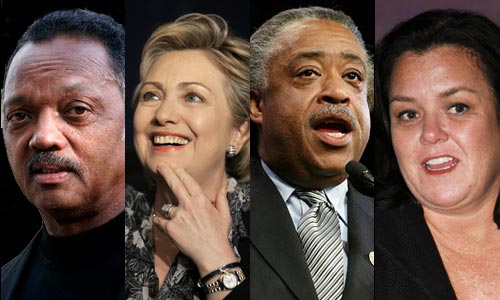 A taxi driver is stuck in a traffic jam going into downtown Chicago. Nothing is moving north or south. Suddenly a man knocks on his window.

The driver rolls down his window and asks, “What happened, what’s the holdup?”

“Terrorists have kidnapped Hillary Clinton, Rosie O’Donnell, Jesse Jackson, and Al Sharpton.
They are asking for a $10 million ransom. Otherwise, they are going to douse them with gasoline and set them on fire. We are going from car to car, taking up a collection.”

The driver asks, “On average, how much is everyone giving?”
“About a gallon.”