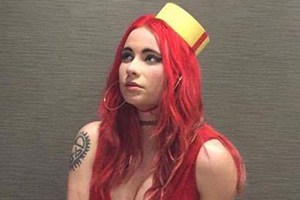 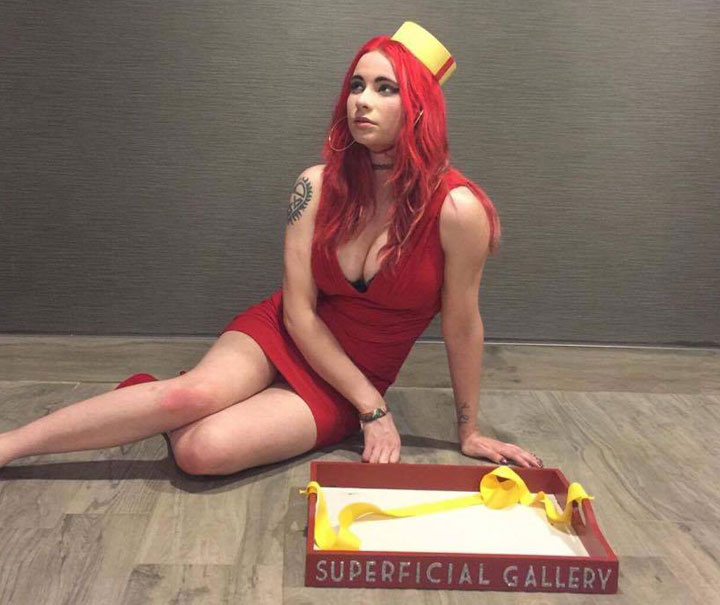 The Gallery was in attendance for the April, 2017 Chiller Theatre show in Parsippany, NJ.  We met some cool people, got really hammered and all in all had a great experience.  And we met and did a photoshoot with Sherilyn who is now the real life version of Viv the logo girl!  You can listen to the podcast where I talk about it with the Grackles and give you some sweet stories by clicking below or subscribing to Waiting for the Train!

Now, if you checked out our last horror convention review, you know we judge on four criteria.

So let’s get right into it, because I need to make sure the two most important parts of the NON show business gets addressed, too.

I will be honest.  I drank a lot at this show.  It’s nice having an attached room so we don’t have to worry about driving.  And I am SURE the booze made me way cooler to the stars I was hob-nobbing with.  Stars like: 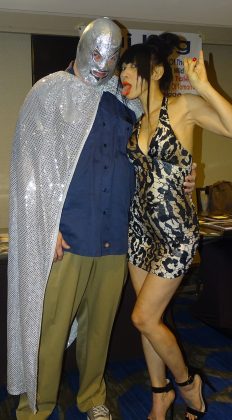 Straight up junk.  Didn’t see a thing I liked, even when I was sober.  And the wrestler booth?  WELL THERE IS A STORY ABOUT THAT WRESTLER!  but, yep, you guessed it, it is in the show.

New venue this year.  The lines were nuts in the beginning but the giant hotel in Parsippany sucked everyone up.  Some choke points in hallways and signage was atrocious but the signing rooms (which were small and semi targeted) worked out pretty well.  One of the kids who was in Stranger Things was in the same room as Bai Ling.  Story about that in the podcast, too!

Find out why in the show.

Now listen to the show!