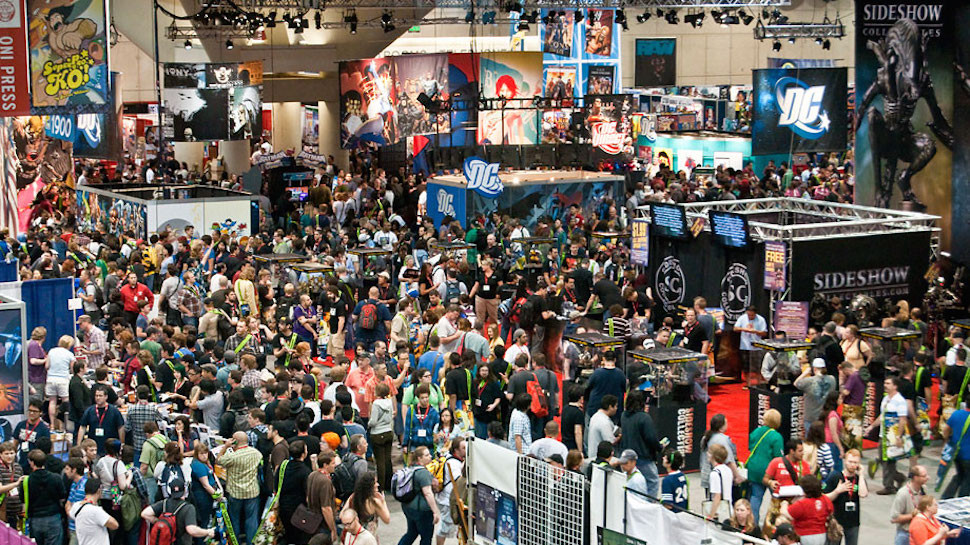 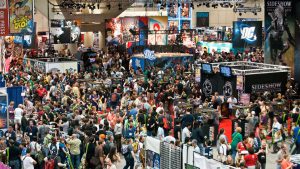 I have not been to Comic Con since 1998.  Also, that was the only time I ever went to Comic Con.  Someday I hope to go again but who knows how long that will take (I’m super lazy) so in the meantime I am going to do what I usually do when it comes to all things related to “geek culture”: Insist that DC > Marvel.

So rather than nerd all over you with the fact that they are doing a Superman/Batman movie (see video of the announcement after the jump) I am going to show you how the DC universe seems more REAL to me.  I know that is sort of counter-intuitive given that Marvel is using the actual USA as opposed to the pseudo-US DC uses, but I don’t know.  It has always seemed easier to suspend my disbelief with the DC world.  I don’t care about Peter Parker’s or Wolverine’s goddamn feels.

Anyway, the point of this post (other than me furthering my cause to make DC wipe the floor with Marvel) is to showcase the work of a great artist named Gerrel Saunders, also known as Gaks (tumblr, portfolio).  He’s really talented but I wold never heard of him if it wasn’t for these four images.  Imagine the Justice League having a magazine.  Obviously these pics are  great excuse to show some topical cover girls, but I would be interested in the articles, too.  “Who should clean the Hall of Justice?  Flash could do it in 3 seconds, so why employ Dominican women?” would be an article I’d read.  I could also get into these:

That’s good journalism!  And here are some covers. 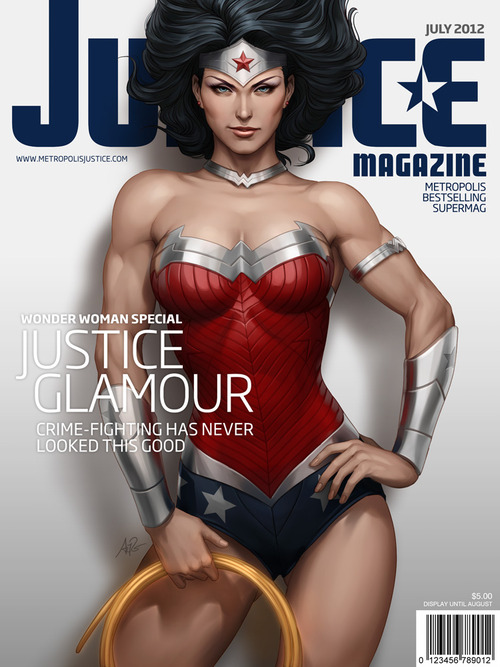 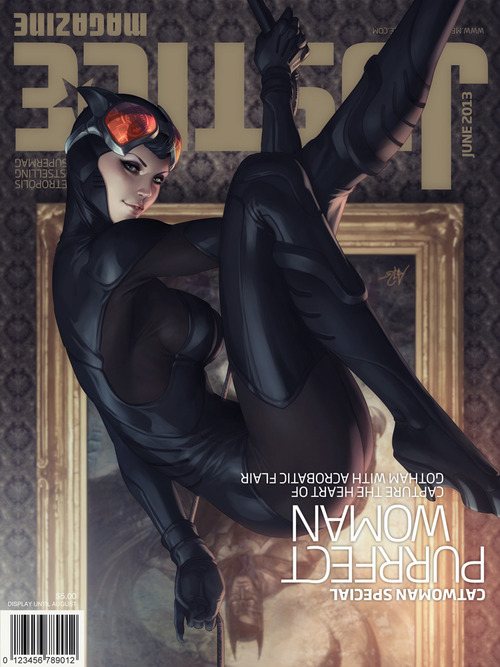 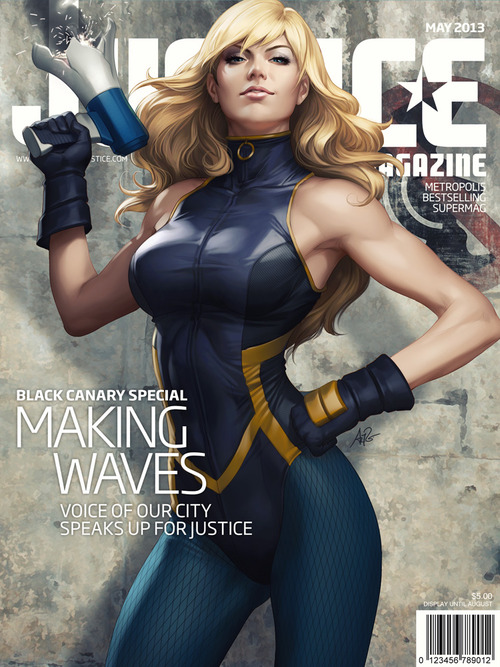 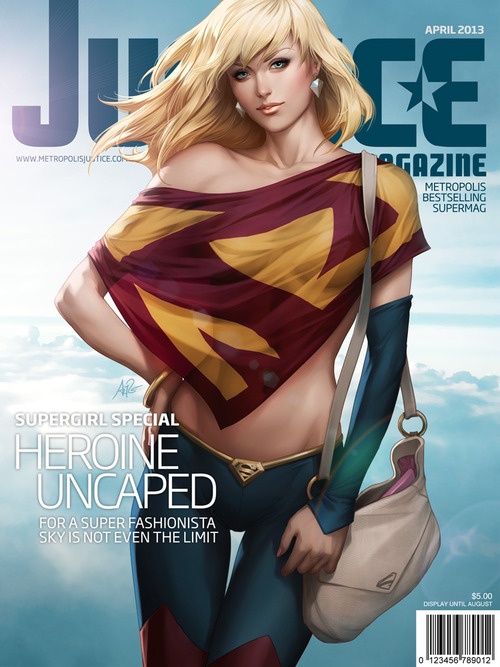