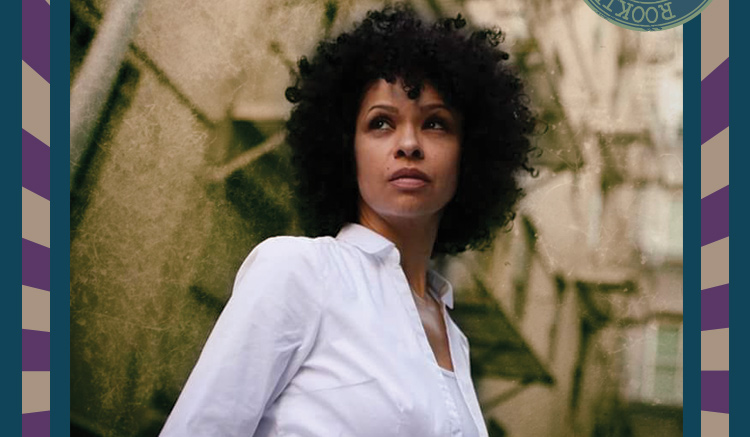 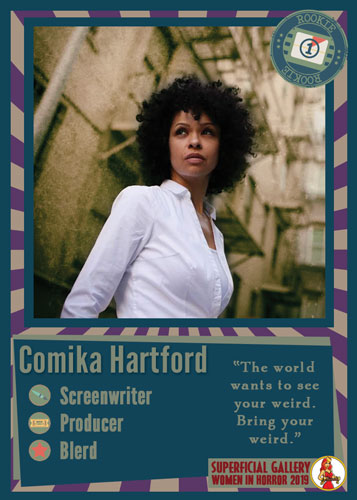 Our Conversation with Comika Hartford

Comika Hartford is a Screenwriter, Producer, and Blerd and is a rookie this year!

I was honored to get to be one of the co-producers of Florencia Manovil’s webseries Dyke Central, it’s a beautiful and truthful tribute to LGTBQ life in the Bay Area.

Definitely Vincent Price! He saw horror as the ultimate challenge for an artist when it comes to the suspension of disbelief… and he was right!

Don’t be afraid to protect your vision from absolutely everyone, including people on your team.

The world wants to see your weird. Bring. Your Weird.

I just finished shooting Chapter 2 of my horror film The Grey Area which is set in my hometown of San Francisco. I was lucky enough to get Zorinah Juan to direct and my fellow Emersonian Eric Shapiro to produce. I’m also currently writing a screenplay about Black vampires traveling to the United States during slavery to rescue their kidnapped relatives called LEGACY, like all of American history it’s quite the horror epic!