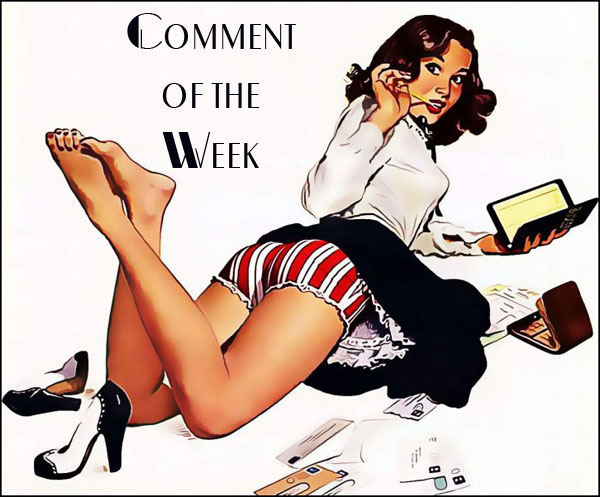 In an effort to remain consistent for seven whole days, welcome to the latest installment of Comment of the Week!  The competition was fierce* and there were some pretty good contenders.

But the winner came from Bikini Sunday – Aurora Robles

I don’t even know the context of the comment.  I was going to go check but it was funny on its own so I decided to not ruin it.  Congrats, Alex.  You have won nothing.  But your name goes in this hat.  So that’s something!

*It was not really very fierce