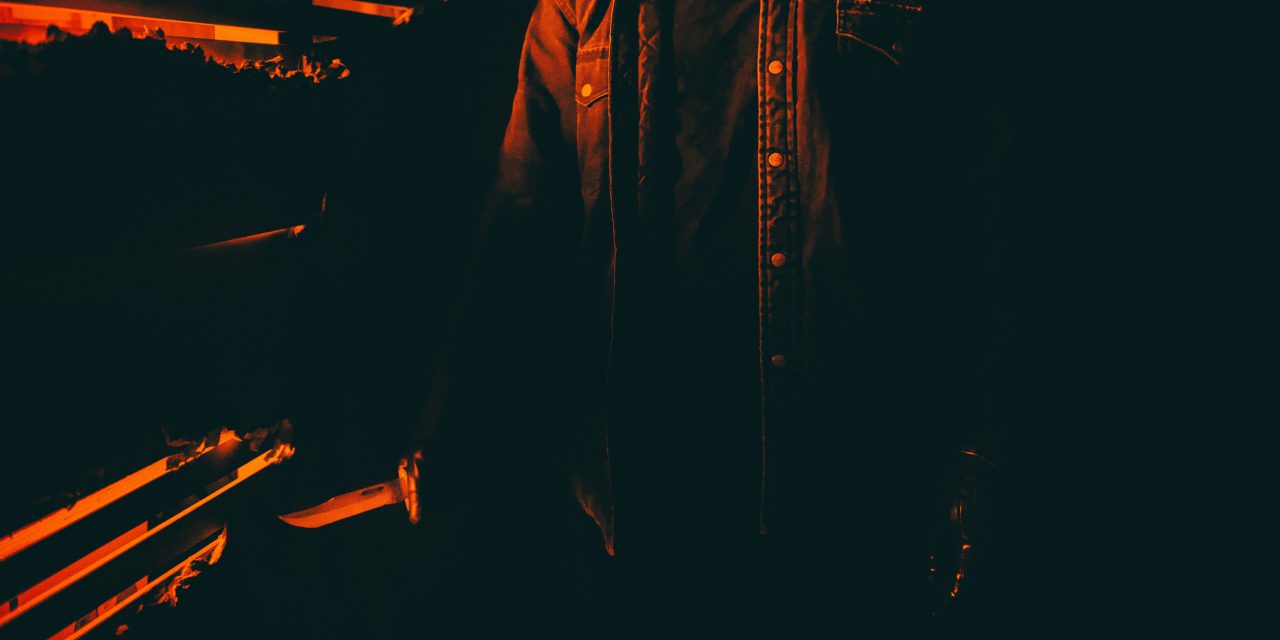 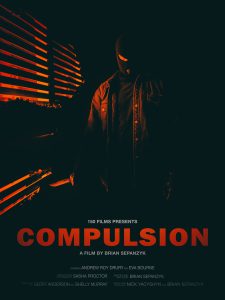 I’d never seen Brian Sepanzyk’s work before. I’d never heard of him as a filmmaker and now I’m kind of feeling bad about that. His work is beautiful. Point blank. Full stop. Period. His work is f***ing beautiful. Now, I’m sure some people out there are going to say, “It’s a horror movie about a serial killer. Saying it’s beautiful is terrible.” Well, okay, I’m terrible. This film is beautiful and that’s all there is to it. Sure, it’s bloody and violent and certainly not movie night with the kids type fare. That doesn’t mean it isn’t beautiful.

Compulsion is a glimpse into the life of a serial killer and his inability to stop his own actions. Andrew Drury, making his cinematic debut, delivers an amazing performance as the violent serial killer. He is all emotion and it comes across beautifully. I was genuinely surprised to find that this was his first work. That says a lot about him as an actor and Sepanzyk as a director. Seriously, director to director, that is fantastic work. Bringing out a performance like this from any actor takes skill. And it’s not just the lead that comes across perfectly. Whether it be a group of guys handling a workplace accident or the sheer terror coming across a potential victim’s face, the performances are all well executed and everything flows perfectly. The journey this film takes you on is truly remarkable and I loved it. For those that remember, Henry: Portrait of a Serial Killer, another film following the life and horrors of a serial killer, I hope you’ll remember that we were never following a man torn against his actions. In Compulsion, we see a serial killer disgusted by what he’s doing but clearly unable to stop.

Just kidding, I don’t have any. As I said before, this film is beautiful throughout. The score is intense. Every note is designed to make you feel dread, from start to finish. And to be clear, the score is basically all you get. There is dialog scattered throughout where it belongs but it never comes from the killer and never needs to. This is an award-winning performance that comes entirely through Andrew Drury’s ability to show the disgust and joy he takes in his actions. Maybe not joy, exactly. Drury brings to screen the elation that comes from giving into a compulsion that takes you over. When you add Sepanzyk’s attention to detail, the beautiful camera work, the perfect amount of blood, and stellar performances all around, you really have a beautiful look into a tortured and broken mind. You don’t usually see that kind of emotion in the technical details of a film but when you do it’s like appreciating brushstrokes. From the colors, the sound design and score, the sickened and broken portrayal of the serial killer (delivered fantastically by Andrew Drury), to the intense fear this all brings to the culmination of the final seconds and our “final girl”, this is an artist in true form practicing his art beautifully.

So, basically, go see this film. Find out if it’s playing at a local film festival or horror convention and go out and see it. Throw their Facebook page a like, keep up with news and updates regarding this film, and get out and watch this film if you have the opportunity to do so. I promise you, it is very much worth the watch!