Conan cares none for your ice 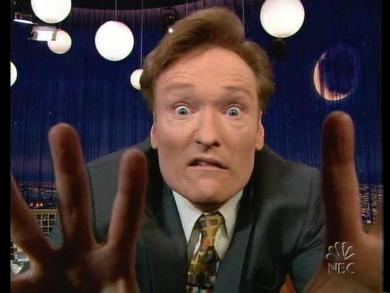 The NHL Stanley Cup Final is starting this Saturday. Yes, they are still playing hockey. No, you are probably not giving a damn. This ain’t a who’s who of the match-up between the Detroit Red Wings and Pittsburgh Penguins. Not because I don’t want to bore you. I just don’t want to bore myself. Hell, just to prove this I will provide this link. I am 99% certain that this will go to ESPN’s NHL section. I did not test it, but feel free to knock yourself into a tepid nap.

Anyway, they are playing games on Saturday and Sunday with no break in between because NBC doesn’t want a damn thing to do with the “sport”.

Next week, Conan O’Brien is making his debut as “Tonight Show” host, and NBC did not want low-rated hockey games cluttering its weeknight schedule or the possibility that an extended overtime would delay any of O’Brien’s first week of shows.