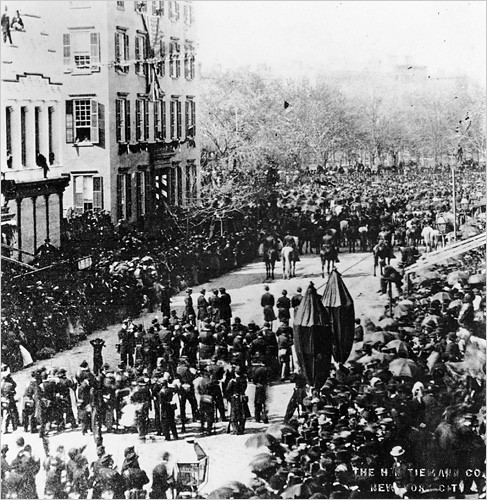 The picture above was taken in New York City.  It’s the funeral procession of Abraham Lincoln.  If you don’t know what a big deal the procession was look it up.  It went all over the east coast and it was a big deal.  But the cool part of this is that Teddy Roosevelt is in the pic.  He’s in that window in the upper lift.  He was a little kid, practically a baby.  What are the odds that in an age when there were only 11 cameras and it took 45 minutes to take a picture (these are facts, don’t look them up) that they would catch two presidents a literal lifetime apart.

It’s like the time I photo bombed Pope John Paul II.  You know how hard it was to get in that coffin?  The things I do for art.