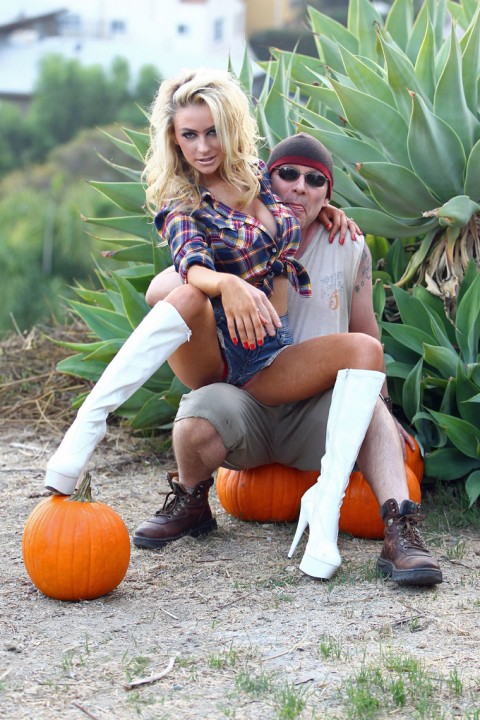 Just in case you don’t know who she is, Courtney Stodden is some kid (she is 17 in these pics taken last week I guess) whose parents let her marry some nobody actor.  The dude was in “Lost” and the “X-Files”.  And now he’s in this kid.  Look at him licking his lips in the banner pic.  I really don’t get how someone can be this scummy.  And how the hell could her parents allow it?  Oh, what?  You say she is from Florida?  Got it.  Makes much more sense now.

I’m pretty sure I could learn the whole true story on some reputable news site, but I would rather spin things out in my own way.  I assume that Courtney’s dad was playing poker with the actor guy and lost her in the game.  And rather than get caught with a 16 YO girl and go to jail, he married her right quick in what is apparently the smart and legal play in Florida.  She thinks that having a bunch of doofuses like me posting her pics on the Internet makes her famous and I think (not sure) they are getting a reality show so she is fine with the whole thing.

So we have 51 year old hobo molesting a kid who has a 17 year old ass, 1 year old boobs and a 45 year old face.  And this all takes place in one of America’s most holy places: a pumpkin patch.  I guess we should just be happy they weren’t related to start with.  Pumpkin isn’t just something that grows in Florida, you know.  Add a space in the word and you have one of the Sunshine State’s favorite past times.  More morbidly curious pics after the jump. 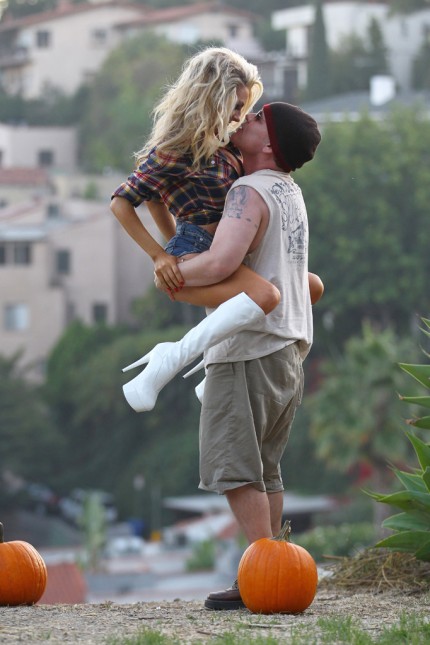 Look how much he can lift! 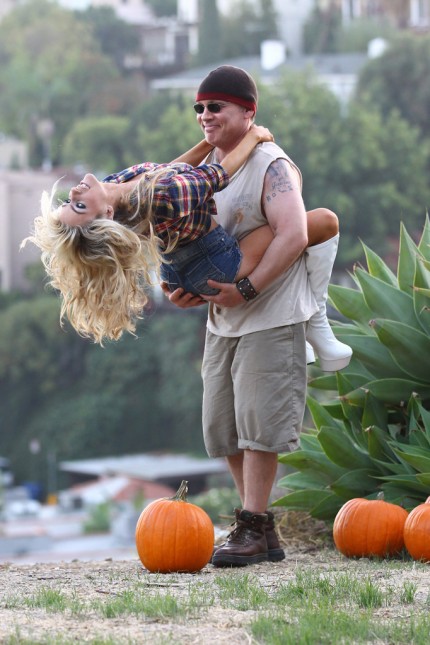 Everything about this is wrong. Even the pumpkins on the ground are probably poison. 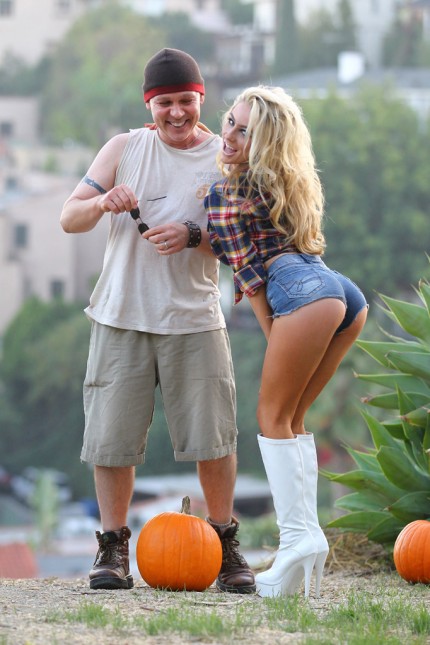 Whenever I make my 17 year old wife stick her round ass into the camera I take off my sunglasses, too. It's a bold statement. It says: I'm a monster, and I'm not ashamed. 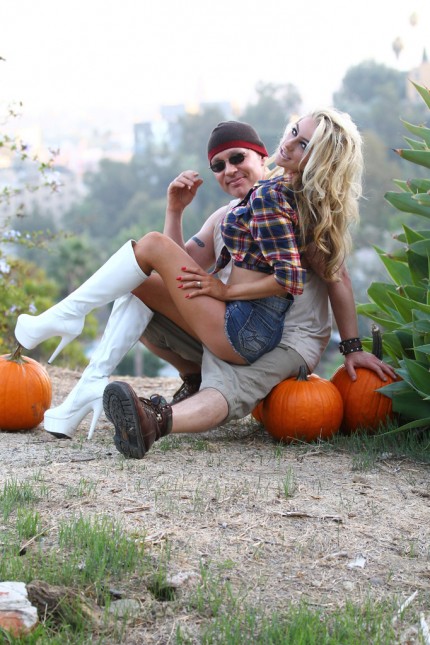 Why is the douche wearing a hat? He's probably bald. Yeah? Who goes for bald? 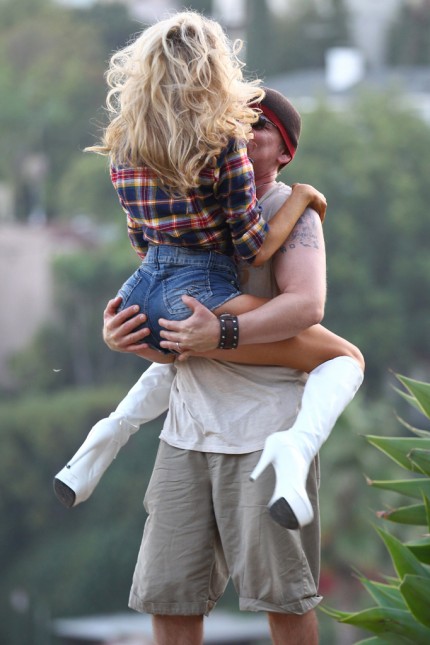 If you have a 17 year old daughter. Or a daughter of any age. Or you just know some young girl, lock her in a room somewhere so this can't happen to her. 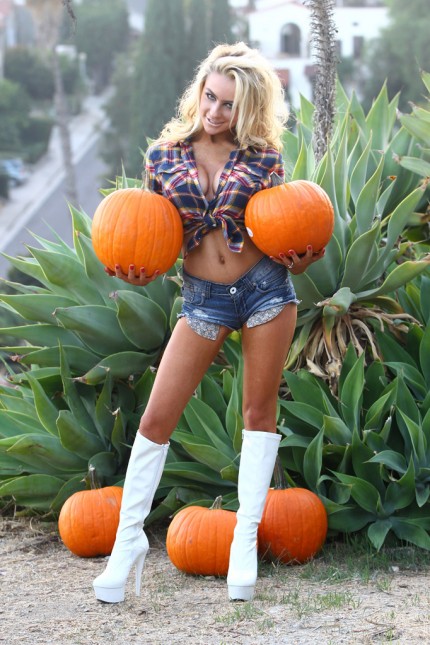 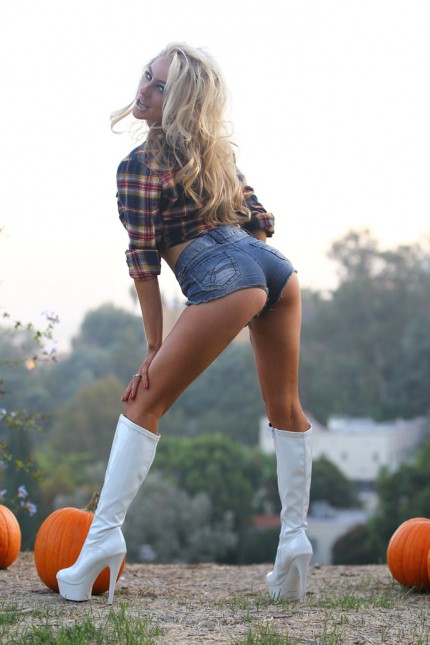 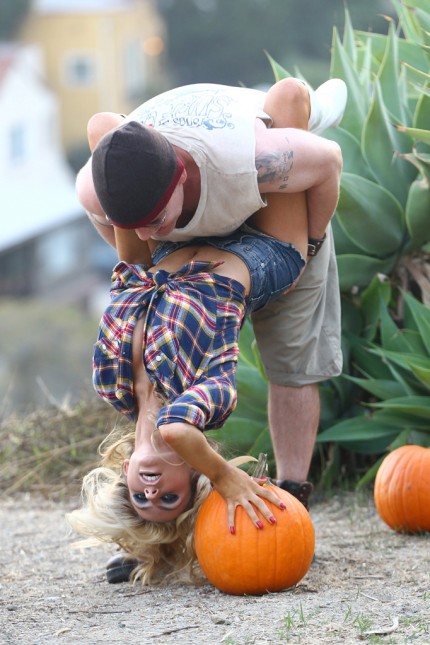 OK folks. The girl is 17. He is 51. Her parents are allowing this. Can we not do a citizen's arrest? Or shoot him? Can we shoot him?