Unless you’ve been living under a rock, you’ve probably heard recently that KFC re-released their Double Down Sandwich for a limited time. 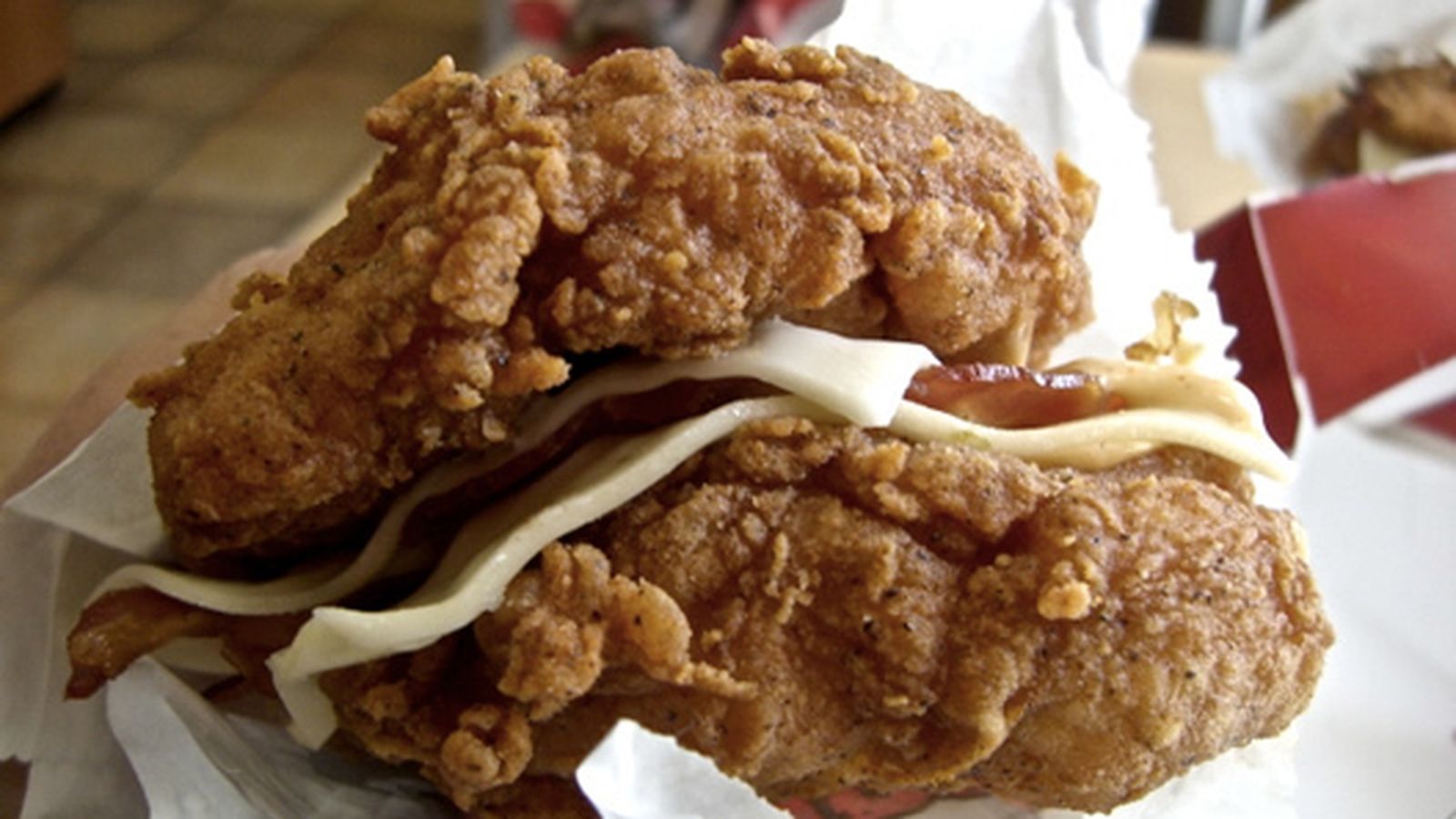 The concept started out as an April Fool’s joke in 2010 that was so popular, the company actually started selling the abomination on April 12 that same month. It became so popular so quickly that KFC extended the sales period indefinitely and in the years following, started selling it around the globe.  It was taken off the menu in late 2010, but in certain areas you could still get one if you knew to ask and if the staff knew what you were talking about.

They started promoting it again recently and it’s supposedly available from April 21 only through May 25. Since I’d been one of the brave few to actually eat not one, but TWO of these sodium bombs back when they were first available, I was the best barometer out of the Gallery staff as to whether it was still as amazing this go ’round.

So I videoed myself eating one.

Did I also mention that I’m gluten-intolerant? I GLUTEN’D MYSELF FOR SCIENCE! Now, if you’ll pardon me, I think I need to take a handful of low-dose aspirin. Kids, don’t try this at home.