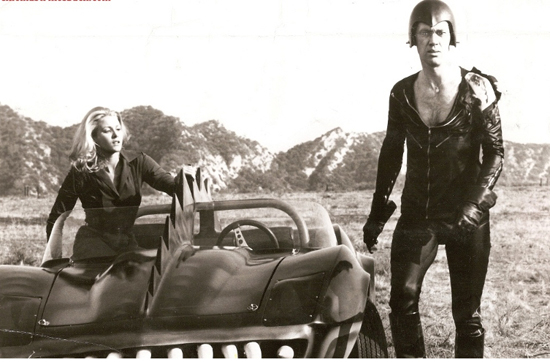 I am nearly speechless. David Carradine is dead and the world doesn’t feel right. This man was an icon to me, almost an idol. He needed to shake hands with the president. He dissolved his legs in oil as penance. He wandered righting wrongs. He unleashed the singing, dancing zombies on that poor town. Perhaps most famously, he had to die. Now, he really is dead and and I’m upside down and inside out.  I am more upset by this than I should be; he was just a B-movie, straight-to-video actor who played an Asian man, despite the fact he was white. He shouldn’t have been this important to me, but he was. I will never forget the serious, unblinking expression on his face when he explained his plot to kill the president in Death Race 2000: to win the race so he could shake his hand and pull the pin on a hand grenade. Seriously, a hand grenade. And I think my life was enriched by it.