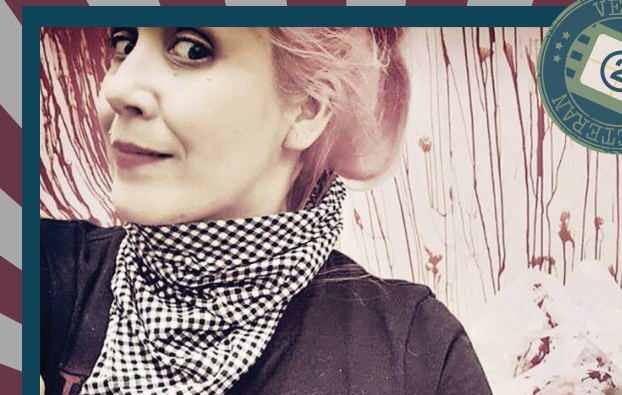 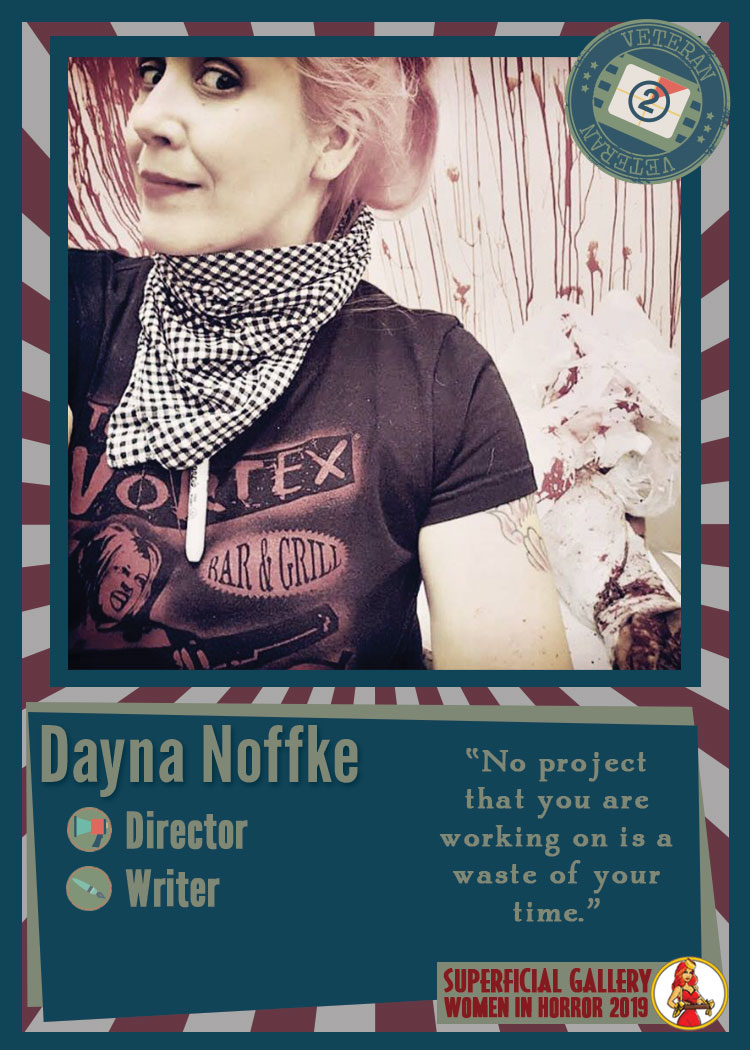 Our Conversation with Dayna Noffke

Dayna is a Director and Writer, and is a veteran this year!

I am very proud to have participated in the 2018 Women in Horror Blood Drive with my short film/PSA, Sanguino. I am also excited to be in development for my first feature, which has been six years in the making.

I have two films tied for first place in my heart. Texas Chainsaw Massacre is the scariest, rawest horror film. It manages to be both beautiful and absolutely horrific and it features my all-time favorite final girl, Sally Hardesty (Marilyn Burns).

I greatly admire Jen and Sylvia Soska for their work ethic, their gorgeous films and their commitment to independent horror. They have made it to the top of the largely male-dominated indie film world while remaining true to themselves, the causes they believe in and their fans.

I’m also a huge fan of Sam Raimi, who managed to get incredibly gory, fun and insane films done on laughably low budgets and then parlay that into a successful studio career.

Surround yourself with amazing people. Get to know them and help them with their projects. This kind of mutual support and collaboration is priceless.

Prepare yourself to hear the word “no” hundreds of times. Then do it anyway. It has taken me almost eight years to get to the point of making my first feature but along the way I have learned a ton and made some amazing friends. No project that you are working on is a waste of your time. It all adds up to lead you where you want to be.

I absolutely love this monster that we made for my short film, Under the Bed. He was terrifying!

I’m currently in development with Dauntless Studios for a feature action noir film (read: action and gore) called Get Chino!