Dear Mary's Daughter: You Shouldn't Listen to Your Mom 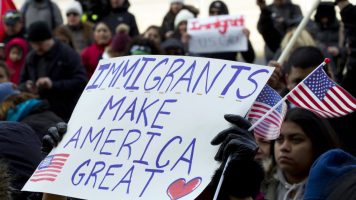 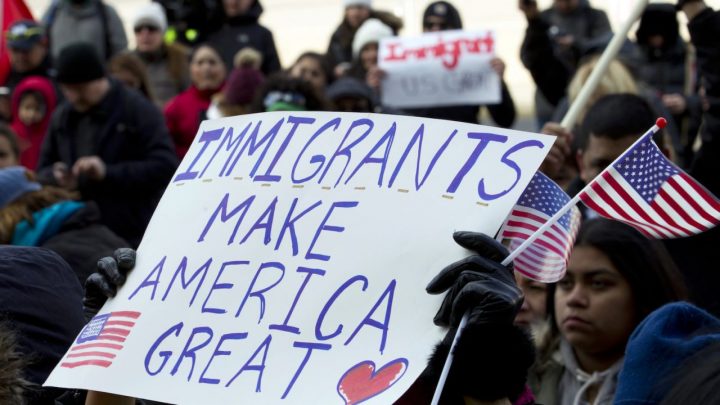 You may remember that I wrote this article as a rebuttal to Mary Ramirez earlier this month. Well, not only did she write a frustrating follow up claiming that liberals are intolerant jerks (by the way, citing none of our twitter conversation during which I didn’t tell her even once to die in a fire), she also is at it again, writing another letter to her daughter about why her father didn’t participate in the #daywithoutimmigrants protests.

Don’t worry guys, I’m here to point out all the flaws in her logic once again.

“Un día sin inmigrantes” (“A day without immigrants”) is supposed to show the country just how reliant we are on immigrants.

Guess what, honey? We are.  We are a nation of immigrants (as your 22+ nationalities illustrates pretty clearly).  We are the people we are today because millions left their lives behind to build one here.

So, why didn’t your daddy—an immigrant from Mexico—stay home today in protest?

Because your daddy respects the rule of law.

Your daddy doesn’t believe that asking someone to come here through the legal channels (like he did) is “hateful.”

Your daddy knows that this president doesn’t hate immigrants (newsflash: he’s married to one); he’s going after lawlessness.

For Pete’s sake, Mary, you really do live in an amazing bubble of privilege. And apparently your husband enjoys living there too.  First of all, if you don’t see a difference between the immigrant #45 is married to and the immigrants being targeted by the recent immigration ban and the rhetoric surrounding immigration all throughout the campaign, then you’re very obtuse. I think it’s worse than that. I think you’re lying. I’m just going to go ahead and assume you think we live in a “post racist” society and/or you don’t “see color”.  Do you really think that Caucasian, “Christian” (in quotes because I don’t believe anyone in #45’s family is a Christian) immigrants face the same sorts of difficulties emigrating and integrating into society that every other race or creed faces? Come on, Mary. Did you forget about the claims that Mexico sends its “rapists” and “bad hombres” here? Or that he wanted to ban all Muslim immigration to the country? He himself called it a “Muslim ban”. I assume you have some innate ability to excuse or overlook these things but I don’t. We’ll move along.

You then start complaining about taxes.

It’s sad that of the 6.1 million illegal immigrants who file taxes, the vast majority of them don’t pay any federal income taxes—and instead use the filing process to claim refunds.

Well Mary, if people don’t make enough money to pay taxes, then they don’t pay taxes. It doesn’t really matter if they are immigrants or not. Do you actually need this explained to you? And while we’re on the subject, if you truly think the U.S. tax code is set up to primarily benefit illegal immigrants or any other group of people who make less than the federal poverty level in income in a year, then you’re fooling yourself in yet another way. Wake up, open your eyes, get it together.

Then you’re on to complaining that the police aren’t allowed to randomly stop people and demand their papers, like the Gestapo (by the way your links in this section don’t work so I’ll just assume they are from some ridiculous partisan website):

It’s sad that in Los Angeles, the police officers there are not allowed to make sure someone is here legally—and if they do, THEY are punished. This is a city, by the way, where “two-thirds of all outstanding felony warrants in the city of Los Angeles involved illegal aliens — as well as 95% of outstanding murder warrants.”

Well Mary, here’s the thing: in this country that you claim to love so much, there’s a concept called “freedom” which, again, you claim to love – in fact, it’s in the name of your blog. In order to actually be free, you need a fairly high degree of privacy and you need to be able to go about your business without being harassed by police. As soon as someone starts using the old “if you’re not doing anything wrong you shouldn’t mind being searched” argument with me, I know we’re done talking because you’re utterly missing the point. Guess what I cherish more than my safety? My freedom. Yes, I would rather be more free and less safe. All the time. It’s not the government’s primary job to keep me safe, it’s the government’s primary job to protect my freedom.

Guess what? That means that police aren’t allowed to randomly demand “papers” or “documents” from people walking around in this, a free society. I don’t have to show anyone anything when I’m going about my business. It doesn’t matter if everyone around me is an illegal immigrant or a violent criminal with a warrant out for their arrest. It is my right not to be harassed and bothered because I am a free person living in a free society. And honestly, it’s their right too, all of them. 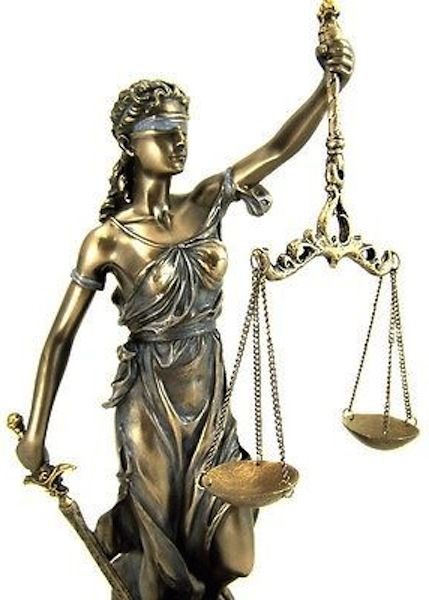 Part of our justice system is that we’re supposed to believe that it’s better to have 10 guilty people go free than wrongly convict 1 innocent person. I actually believe that. I’m assuming you don’t. So again, we’re not even close to on the same page.

Since I’m going to assume you think you know what “the founding fathers” (a lot of whom were objectively monsters, by the way, such as Thomas Jefferson) meant to do when they founded this country, let me help you with some relevant quotes you might not be familiar with. Here you go:

“Those who would give up essential liberty to purchase a little temporary safety deserve neither liberty nor safety.”

And here we go, the pièce de résistance from your post:

It is a fact that we take in more immigrants and refugees than any country in the world. It’s also a fact that we are a sovereign nation entitled to defend our borders and determine who enters our nation and when. That means we can take in 1, or 100,000,000 immigrants—and we don’t have to tolerate a single lawbreaker. And not a shred of what I just said is unconstitutional.

A person who enters the country outside the law does not automatically become a person who is a threat to you or anybody else. Labeling them as “lawbreakers” and going on about “lawlessness” throughout your article is disingenuous at best. Just because someone comes into the country without following legal channels, does not mean they are going to harm anyone, or break a single law the entire time they are in the U.S. In fact, chances are they are going to work hard at jobs that native-born people are unwilling to do, and be underpaid and abused for it. Which is itself another issue that I don’t have time to address here, but it’s unacceptable as well. Part of the point of the day without immigrants was to show how dependent our country is on immigrants, but an interesting part of that, which I don’t think was addressed well at all, was the fact that many immigrants work in jobs that others are unwilling to take, for unacceptable wages and in unacceptable conditions. That type of work shouldn’t be allowed here, no matter who is doing it. So celebrating our abuse of immigrant workers by making jokes about how all the lawns in southern California will look like $hit if we deport immigrants is not really OK with me. But regardless of that subtext, immigrating here illegally does not somehow transform people into violent lawless lunatics, which is what your entire article seems to be interested in assuming.

In fact, let me throw a third thing in there – (3) whether a person can “be illegal”. How nice it is that your husband was able to enter the country legally because he had enough time and money to do so, and because he wasn’t, say, fleeing violence or war. I’m glad he was able to enter the country legally and not have to be scared afterwards of being thrown out. Good for him. Now here’s where you need to search for your empathy, Mary. Try really hard. I know it’s difficult for you based on our previous interactions. But I want you to really reach deep down in your soul and look for it. OK – here’s the thing – human beings aren’t “illegal”. Countries and the idea of “sovereign nations” are made up ideas that we invented. The concept that there’s a line in the dirt and that one side you’re allowed to be on and the other you have no right to be on is ludicrous. But sure, that’s how we’ve organized ourselves for whatever reason. But arbitrary lines in the sand do not make people deserving if they stand on one side and undeserving if they stand on the other.

Finally, Mary, I’d like to ask you to try harder. Try a lot harder to look outside your own personal experience and actually listen to the experiences that others face, and then try to put yourself in their place. I know it’s hard for you, I can tell from all your writing. But I believe you can do it if you really really try. It might take years but I bet you can get there. Did you know that an immigrant with a brain tumor was removed from a hospital and handcuffed? I personally have a problem with that, no matter how many laws she broke. That’s horrific and disgusting on every level. It’s inhumane and vile. How about the raid ICE did at at least one church which had set up a hypothermia shelter for homeless folks – so people ran out into the potentially deadly cold to avoid being arrested? Seems pretty terrible to me. If you are truly OK with these sorts of things I’m going to need you to stop pretending you’re a good person, because you’re not. That’s not what my country is about. My America is not a place that deems human suffering is acceptable in any circumstance. My America is one that accepts and celebrates differences, learns from new ideas, embraces change and recognizes the difference between right and wrong. And Mary, you’re once again very very wrong.