Dear North Carolina, Please Secede Again. I Promise this Time Nobody Will Care. 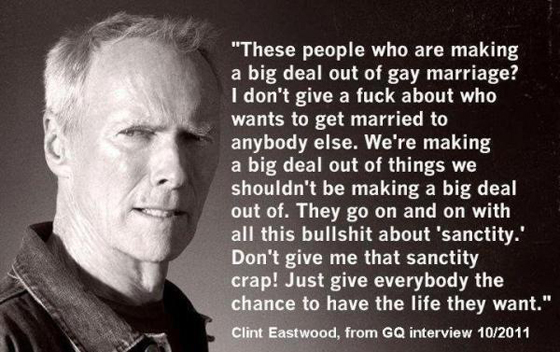 So tomorrow morning I have to get up early and vote before work to try and make sure the ignorant, jug-ramming hillbillies in my adopted state don’t make things more miserable for the unlucky people who happen to be both citizens of NC and also gay.  The NC law is so restrictive that even some “conservatives” have come out saying it is too much and makes no sense.  But hey?  Who cares?  It’s just “the gays”.  I LIVE here and I barely even see any commercials about it.  It’s like it isn’t even happening.  Then again, I have Tivo so maybe it’s a big deal and I don’t know it.  But this isn’t about me.  It’s about our number one author: Cornmeal!

Cornmeal, who probably wouldn’t get politically active if someone drafted him into the army, is even mad.

“It’s seems the state is pretty much counting on it. They’ve already put it in the books.  http://www.gastongazette.com/articles/puts-70698-state-vote.html

I swear, of all the issues out there, this amendment thing is the one thing that has me considering actually voting.  I mean, how hateful can you get?  Well, having asked that, then thinking back to what blacks went through, I guess it can get pretty hateful.”

So yeah.  Motivating lazy lazy Cornmeal might be the biggest mistake they ever made!  But if you want to know why I want to beat the Amendment and then reverse the law you can read about it after the jump.

Eventually, gay marriage will be legal.  It doesn’t matter how many dumb amendments there are.  They will all be overturned eventually.  Liberal leanings ALWAYS win.  The people who cared about the issue die and their kids don’t remember exactly why they were supposed to be against it, so liberalism always win.

But I want it to lose NOW because I want the people to really care to be sad.  Their despair will comfort me.  I want them to wonder what happened to their prayers.  Was god not listening?

But most of all I want them to have to get divorced because the sanctity of marriage has been destroyed.  That’s what will happen, right?  They will get divorced because marriage is useless now?  I hope so.  I want me some middle aged bigoty women bumbling around wondering what happened to them.  Maybe they can meet a new man at their church.  Too bad they won’t be able to get married.

Constitutions GIVE people rights you moron North Carolina people.  They don’t take them away.  And to the people who say it is not right to compare the issue of gay rights to the issue of rights for blacks, I submit this.  The last time the ignorant crackers of North Carolina decided to amend the state Constitution to make a kind of marriage illegal it was 1875.  They made interracial marriage illegal.

Ignorant crackers.  Seriously.  Ugh.  I would wish all sorts of ironic punishments on you but you don’t learn.  Just ugh.