Dear North Carolina: You're Wrong. Love, The US Justice Department 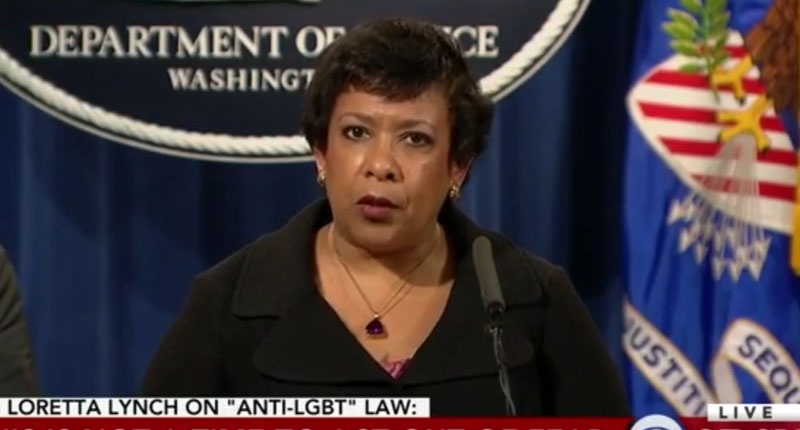 Oh snap, North Carolina, did you think you were going to get away with your stupid bathroom law? I guess you were confused about what year it is and who the administration is, and, well, a lot of other things. I guess you forgot to read your history books. How did Jim Crow laws go? Not so well, right? OK.

So now, congratulations, the Attorney General of the United States has announced that the US is suing you, the state of North Carolina. You’re welcome, dummies.

Here is just a part of the Attorney General’s speech:

But you should really read the entire transcript here.

This is about the dignity and respect we accord our fellow citizens and the laws that we, as a people and as a country, have enacted to protect them – indeed, to protect all of us….

…Let me speak now to the people of the great state, the beautiful state, my state of North Carolina. You’ve been told that this law protects vulnerable populations from harm – but that just is not the case. Instead, what this law does is inflict further indignity on a population that has already suffered far more than its fair share. This law provides no benefit to society – all it does is harm innocent Americans.

Loretta’s fierce badass-ness makes me want to hug her and high five her simultaneously, while clapping.