Death House – “The Expendables of Horror” is a Bloody Great Fun 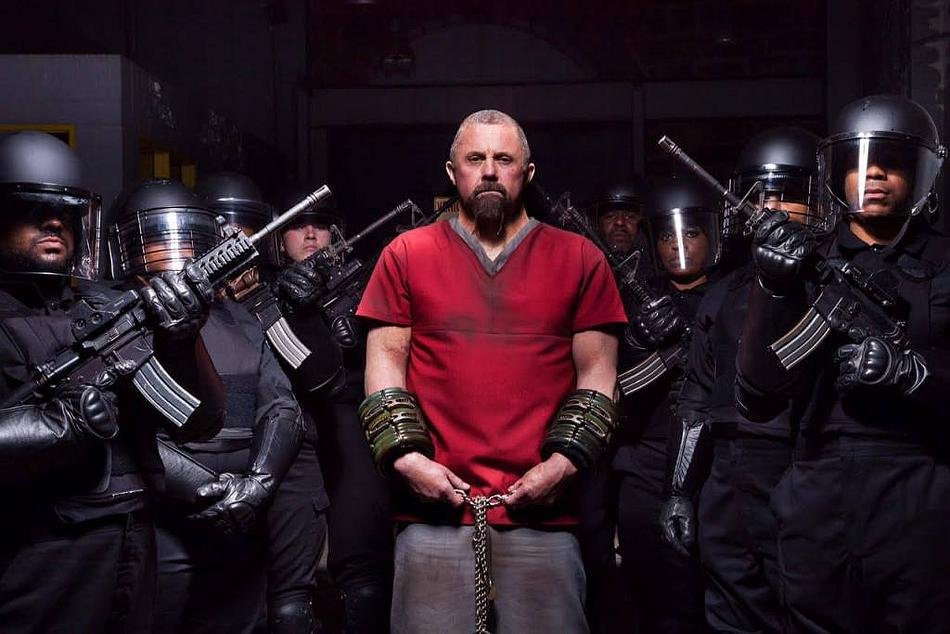 Horror fans have been waiting for this. A bloody, action packed, splatterfest of a movie with more B actors than you can shake a severed arm at. Death House is the genre’s answer to mainstream films like The Expendables bringing together an ensemble of some of the best known names in the business for a trip straight into the mouth of hell. The plot is simple, seemingly familiar really, but the execution is what makes this hands down one of the best cinematic horror experiences in years.

Death House is the name given to an ultra secretive federal prison where the most violent, most dangerous psychopaths and killers are held and experimented upon. At the lowest levels of this underground desert penal colony are the Five (Prime) Evils; monsters in the flesh of men who have somehow elevated themselves to near godhood through their acts of barbarism and carnage. And now, a neo-Nazi cult leader named Sieg -played by horror veteran Kane Hodder- has found his way into the Death House with a plan to make himself the worst of the worst. Two special agents are taking a tour of the facility when all hell literally breaks loose and discover that, in order to survive, they may have to take sides with the lesser of some truly immeasurable evils.

When I say that Death House has every, I mean it has EVERYTHING! Originally written by the late Gunnar Hansen (Leatherface, The Texas Chainsaw Massacre) his script was picked up by writer and director B. Harrison Smith who turned the concept into the feature film filled with blood, sex, mayhem, and more relevant cameos than you could ever hope for. I say “relevant cameos” because there isn’t a celebrity featured in this movie who doesn’t have a definite part to play. A lot of blockbusters will use a cameo to offer some fan service or as a gag. Look at the original Ghostbusters popping up throughout the 2016 reboot or Stan Lee in every Marvel cameo he’s ever done. They’re great to see but the movie would have moved on fine without them. 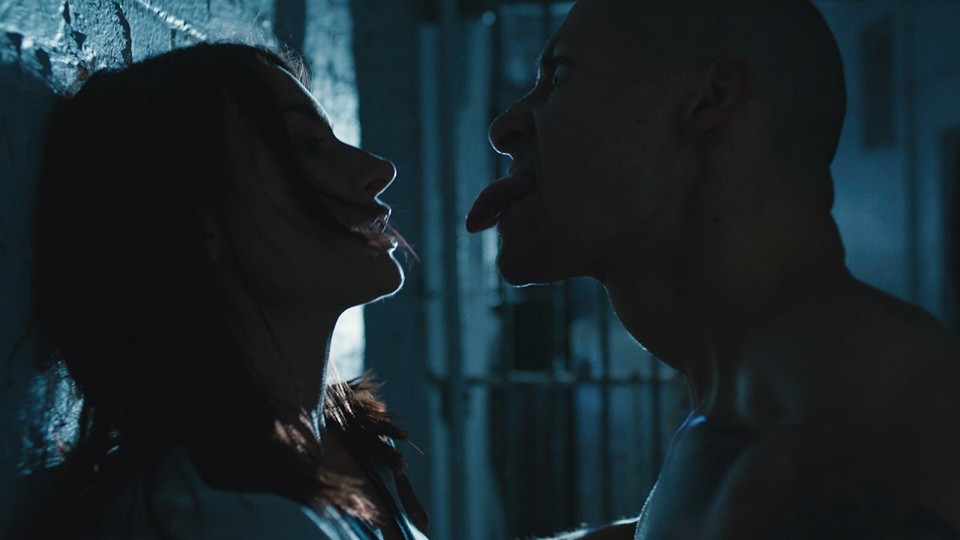 It wouldn’t be The Superficial Gallery without a little tongue.

Death House uses its cameos to help forward the narrative of the story whether it’s Danny Trejo’s wordless death scene or Tony Todd’s creepy “farmer” there is a reason for the appearance beyond a crowd reaction. Speaking of the story, it’s fairly simplistic in the overall concept. A prisoner allows himself to be captured to effectively break in to a high security facility as part of a larger, more fiendish plan to bust someone else out. In this case, Sieg intends to join the Five Evils and unleash them into the world once more. It’s the stuff of B movie legend with allusions to Dante’s Inferno and nods to so many classics in horror that you will literally have to watch it twice just to catch half of the references made.

Then, of course, there’s the actual cinematography and special effects to discuss. Director B. Harrison Smith has referred to the film as “a trip through the funhouse” and he isn’t wrong. Every scene of Death House feels like a classic B horror film with lighting and angles that captivate audiences as much as the imagery on the screen itself. Then, of course, is the makeup and special effects. I’m not a huge fan of digitized anything and, thankfully, there wasn’t a whole lost of CGI used. Most everything was done in practical effects with prosthetics, makeup, and camerawork that gave the movie a truly unique feeling. Some of the most horrifying scenes of all were the ones where characters (and viewers) were left with no answers at all for what was on screen. In the case of a room full of skinless, gore saturated nightmares whispering cryptically into a microphone, a researcher played by iconic actress Dee Wallace admits that there are some things even science can’t explain.

And just like that a scene that feels ripped right out of a Creepypasta becomes the most horrifying thing of all because there is no greater fear than the fear of the unknown.

Death House is making the rounds right now with premier events all over the country in select theaters. For more about where and when you can catch it on the big screen you’ll have to follow them on Facebook and Twitter or go to the official Death House Website. Or, if you’re the patient type, you can just wait until April 20th when it hits Netflix and other streaming services. The DVD/BluRay release is planned for late August. 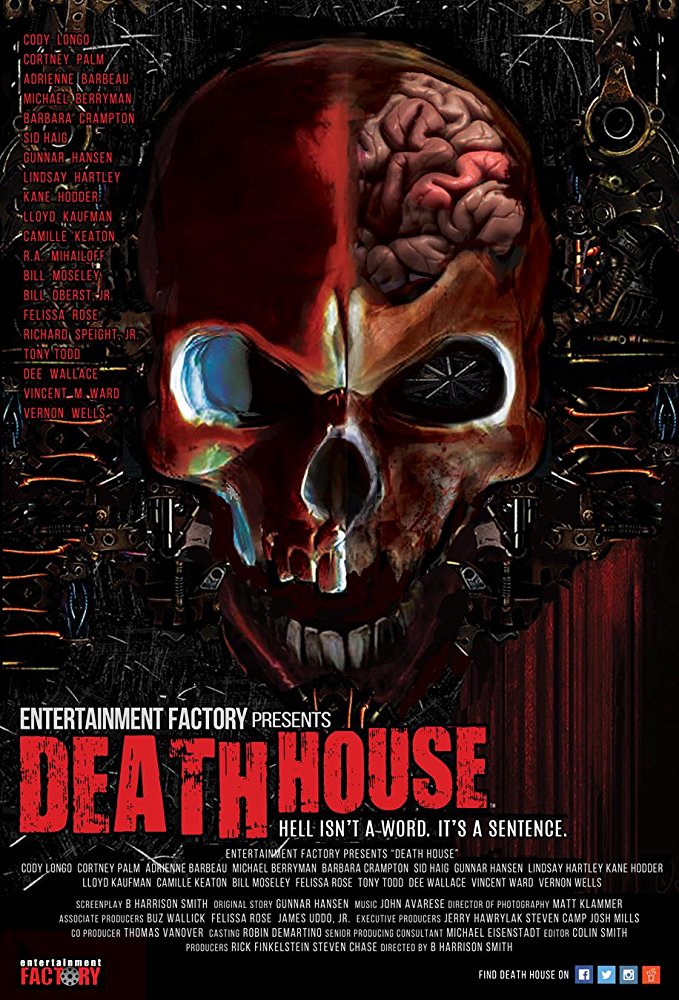