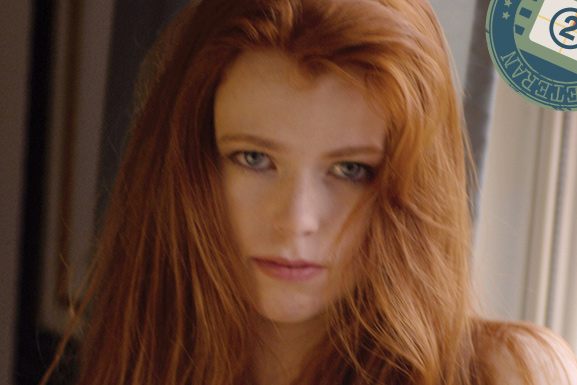 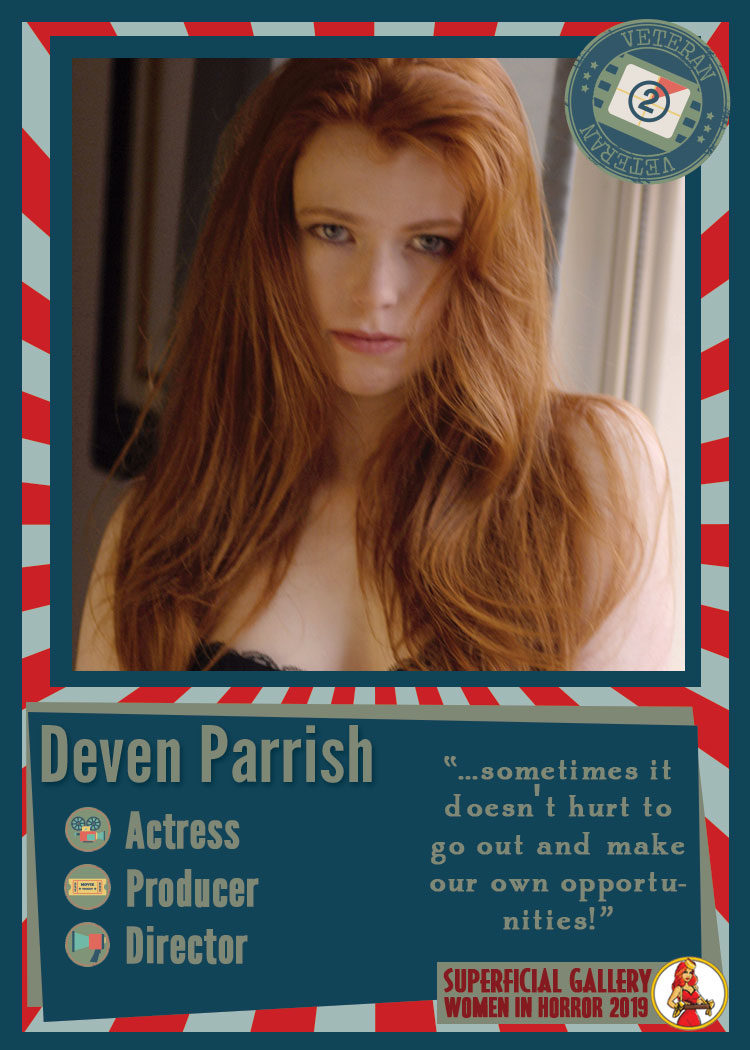 Our Conversation with Deven Parrish

Deven is an Actress, Producer, and Director and is a rookie this year!

Directing and Co-starring as the lead in the indie horror feature “Entrenchment” alongside Tyler Mane!! Such a great experience and taught me a lot!!

This is definitely tough!! I love movies like Halloween and Creepshow, but if I had to go with my most absolute favorite it would be ‘Re-Animator.” The movie is just so iconic and great! Jeffrey Combs is a stand out and his performance is incredible, a huge inspiration to me as an actress!! You just can’t beat that!

Again, this is a tough one due to all the wonderfully talented people who have contributed to the horror genre, but I would say my hero is Jamie Lee Curtis. She is amazing and kills it in every role!! She is so strong and has such a powerful presence! She is an amazing leading lady, and THE Scream Queen! She is just a great person to look up to.

So many tips!!! I would say patience and persistence are both very important! Just knowing that stuff takes time and that is no reason to give up! Also just create your own thing, sometimes it doesn’t hurt to go out and make our own opportunities!

I am from a very small town in Arkansas, with not many opportunities in the film world at all. Acting has always been my dream, and I have always been in love with horror movies. One day I just decided that I wanted to make a movie, I had no idea what I was doing or what the final product would be, but I didn’t let that stop me. I contacted my friends and got together an incredibly talented group of people who were interested in doing the same thing. I also called up the local haunted house and we became partners (We now have a production company together)! I also decided I wanted a well-known actor to play our slasher, so I hit the board and jumped in with both feet and called them! We ended up making our film, casting Tyler Mane, and having a wonderful project and great work experience! Anything is possible, you just have to keep trying!! And don’t be afraid to reach out to people!

I would just say check out our film “Entrenchment”!! We filmed in an a haunted location, where we continuously heard voices and growls!! Some of the sounds may have even made it into the final cut of the film!!

I am fixing to begin production on the indie horror feature “Slaughttery” to which I will be starring and am also part of the production team! I also have a short that I wrote, which will be filmed soon!