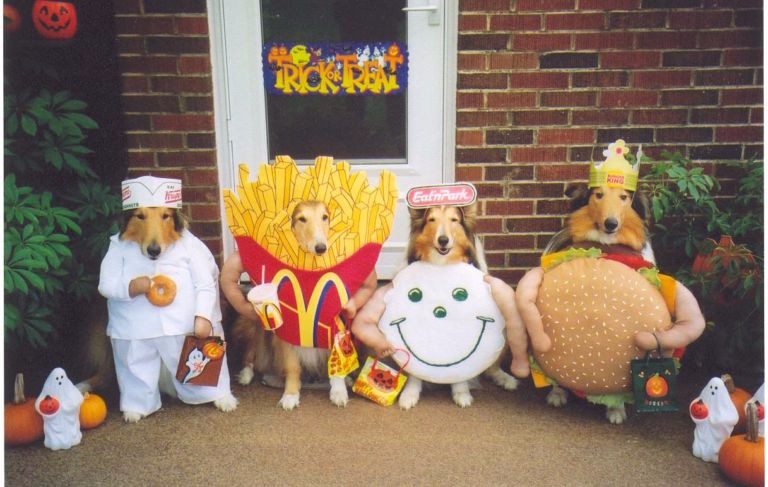 If you eliminate smoking and gambling, you will be amazed to find that almost all an Englishman’s pleasures can be, and mostly are, shared by his dog.

Blue Buffalo got caught lying about what they put in their pricey premium dog food. The lesson here is never piss off another giant dog food company that has lawyers. That and actually try a taste of your pet’s food. That’s way better than relying on anyone with a corporate advertising budget to feed your buddy right.

Got that? Good, now type Dog Food Lid backwards in the comments.

There are lot of animal nutrition experts that accuse manufacturers of short changing our dogs while raking in a hug profit. Condemned beef, rancid fat, grain sweepings, the byproduct “meal” that Blue Buffalo got nailed for, are all common practices in pet food. Big business tries to cut corners on human processed food too. The big difference is that someone watches the process for humans. Two sets of watchers if the food is kosher.

The thing is while you should definitely give your dog food a taste you shouldn’t try to feed them what you consider a healthy diet either. A vegan dog is a very bad idea. If you’re freaking out about gluten in your dog’s diet it’s time to get a reality check and start worrying why there’s grain in there at all. Above all stop listening to advertisements that are selling to you not your dog. 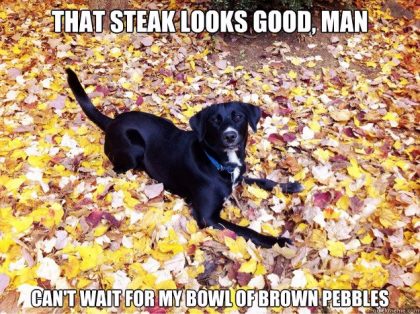 What should dogs eat? They’re little wolves; A Paleo diet for your dog would consist of consuming prey such as rabbits and mice, bones and all. A mouse in a can would be the healthiest dog (And cat) food ever but us squeamish humans would never go for it.  Dog food manufacturers claim the digestive system of dogs has changed to be able to benefit from the grains they put in it. That might be true if we started feeding them processed dog food about 100,000 years ago but we just invented the stuff 153 years ago. Dog food wasn’t even popular until the end of world war II so that’s not nearly enough time to buy into the bullshit

Dogs have five kinds of teeth. None of them are suitable for grinding food.

When you come right down to it dog food is the same thing as junk food for humans. It’s tasty but that’s about it. What’s going in one end mostly comes out the other.  Most dry dog food has to be coated in fat before animals will eat it. That’s essentially a Twinky that tastes like a meatball. Modern dog food was invented by James Spratt who figured out in 1860 that he could sell floor sweepings mixed with animal blood to the suckers. From day one the Blue Buffalo style claims have had more to do with pay offs to vets and advertising hype.

It’s easy to go crazy trying to figure out what to feed your dog. I just try to have a little common sense. Charlotte likes the dry food but she also gets chicken thighs complete with bones. Once a week she gets a soup bone disk. While I try not to listen to her eat I do listen to her. She won’t eat a McDonald’s hamburger but thinks Wendy’s is heaven. That just might be the basis of another article. 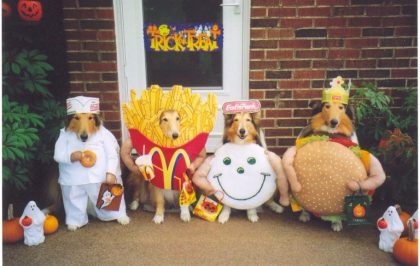