I have to admit that I don’t really follow rap music.  That’s not to say I don’t like it, I just don’t really keep up with it.   Unfortunately, this has caused me to miss out on one hell of an awesome album cover from 1998.

Now think hard for a minute.  If you were a rapper named Big Bear, what exactly would you want on the cover of your new album?   Maybe a ferocious looking grizzly standing tall and growling at the camera?   Nah, that’s not how gangsta bears roll, yo.   How do gangsta bears roll then, you ask?  Hit the jump and see. 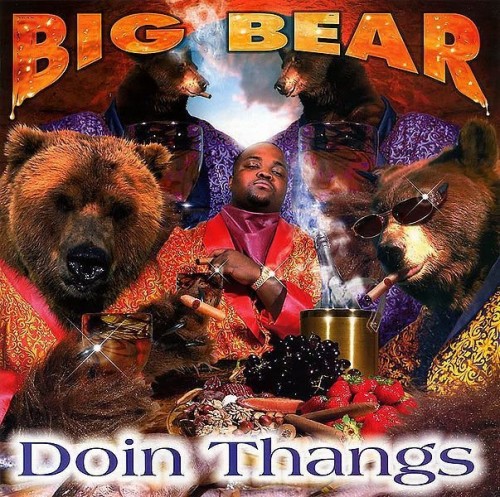