Don’t forget that Heroes is a rip off 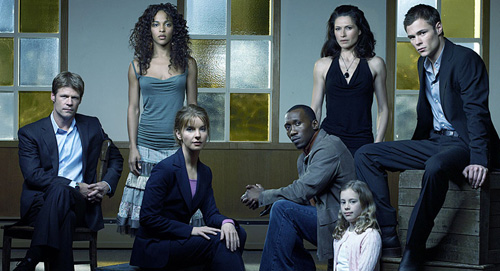 I know that even talking about Heroes now is sort of dumb cause I don’t think anybody watches it anymore, but it occurred to me again this week that the show is a total rip off of The 4400.  I mean,The 4400 was on for FOUR SEASONS before Heroes launched.  And strangely, it was canceled right before the rip off show aired.  If you never heard of the 4400 before, then let me tell you a little something about it.

The show was about 4400 people who suddenly appeared at some lake in Washington.  Then we come to find out that all of them were people who had disappeared during the past 100 years or so.  And blah blah time travel etc.etc.  The POINT is that these people had ‘powers’ or ‘abilities’ or whatever you want to call them.  Regular people.  Just plain old doofuses who had to deal with life as a normal person as well as being able to see the future or fly or turn cinnamon pop tarts into blueberry pop tarts or whatever.  And of course, while they figure that out they also have to play a part in whether the world will be ‘saved’ or not.

Of course, the thing that drives the ‘special’ people’s specialness is always different.  The X-Men, Heroes, the 4400.  Anytime you try to see what would happen if ‘real’ people got special powers you see the same thing.  The people who can kill the regular humans always end up getting shunned and discriminated against and oh look an allegory!  But it’s bullshit.  Take Heroes right now.  Peter the sissy just wants to be ‘normal’.  Most of the people with these wondrous powers just want to live ‘normal lives’.  Fuck that.  If I had powers, I would be the biggest sell out ever.  I don’t care if my power was super lame, like…I have super strength but only when naked and when it’s really cold out.  You can bet I would be charging $25 a pop to have people watch me and my tiny shriveled junk lift up tanks and motor boats ALL DAY LONG.  Normal life.  What the fuck?  You know why you don’t se many 6’9 325 pound bank tellers?  Cause people who are 6’9″ and 325 pounds have SPECIAL POWERS and don’t live normal lives.  At least not at first.

Wait, this was about The 4400.  Watch the video below.  It is the finale of season 4.  They invented this drug that gave regular dicks like you powers.  And they use Where Is My Mind by the Pixies.  You gonna tell me that anything in Heroes has ever been this good?  No way.  Plus, if you chopped of Claire’s head, would her head grow a new body, would her body grow a new head or BOTH?