I made this post on May 13 2014.  Now it is April 5, 2017 and the chemical attacks in Syria have gotten everyone all wound up.  And one would think that the Eddie Izzard Doctrine (that killing your own people is fine) would not apply since we are all clamoring for action. But Assad has been killing his own citizens since 2011.  Look at this timeline.

After few years we won’t stand for that!  Right?

I’m moving the OP below the gifs and video.  We are disgusting. 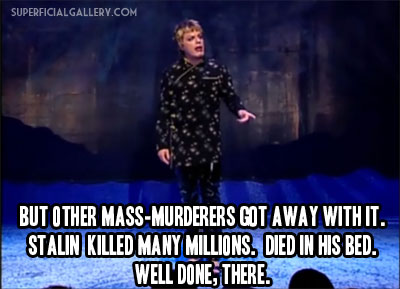 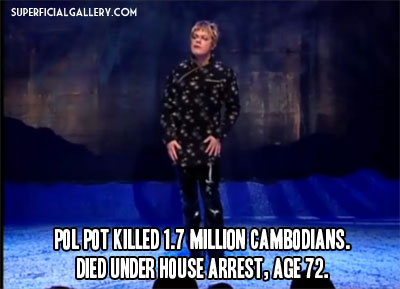 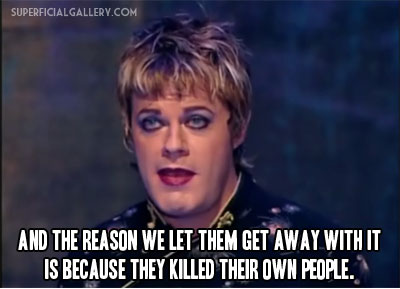 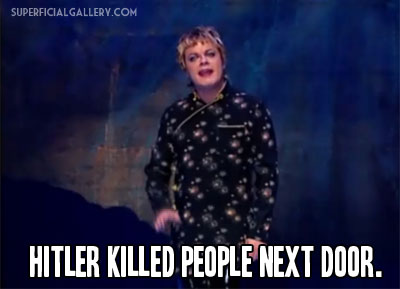 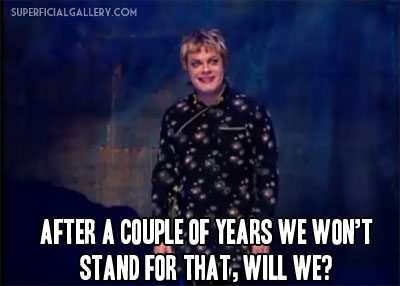 I have been practicing making sets of gifs.  After hanging around on Tumblr and Imgur I started thinking it would be fun.  Because of course I have so much extra time on my hands that I can do stuff like this all day…

This is the first batch I like well enough to post.  It is from Eddie Izzard: Dress to Kill.  If you haven’t seen it, drop everything and go do so.  If you have, then soak in the goodness.  And appreciate the fact that this is a lot harder than it looks.  And from my observations it is apparently important to only make some of the images gifs.  People get mad if the gif part doesn’t add anything.  So I tried to make only the expressive ones move.  See the pain I go through to make things nice for you?

Oh, and as for the bit itself?  Like all funny things, it has truth in it.  I got the idea for making it after seeing a post on Imgur about North Korea (that I can’t find now, dammit).

Image set and the video clip I had to make in order to get the images in the first place Above!