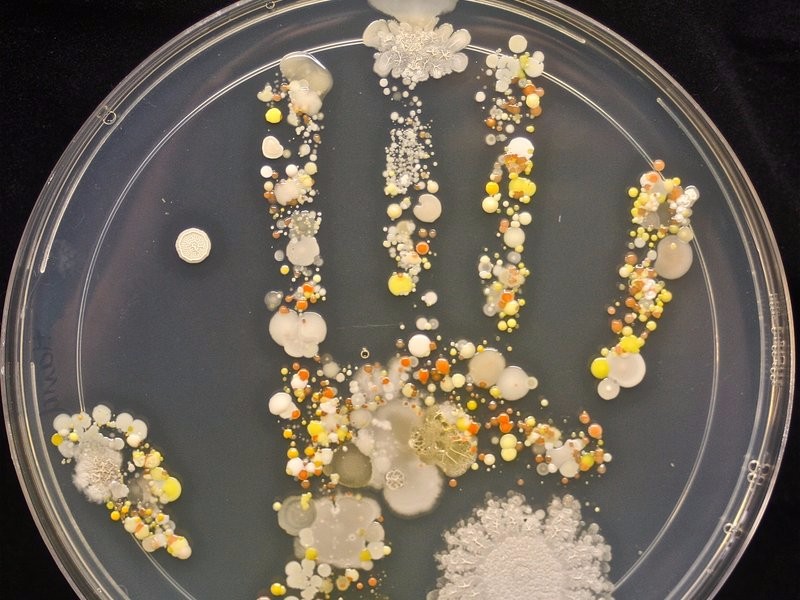 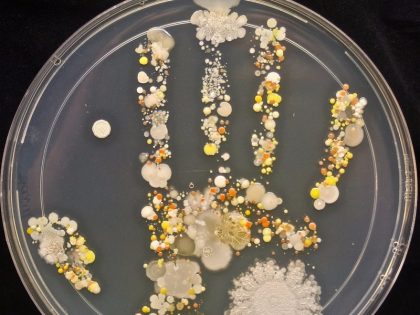 One of the latest THINGS is the amount of poo in hipster beards. It’s a great example of hyperbole. Some anti-beard fanatic just threw this out in to the internet cesspool and lazy reporters ran with it. Some of that poo is RANCID! The world is a weird place not because writers have an ability to make anything sound scary so much as there are hip young dudes shaving their beards because they are convinced they have poo on their face.

Microscopes are wonderful things and so are microbes. Any scientifically minded twelve year old can gross out Mom by culturing the bacteria that’s growing on her clean fetish home surfaces. Let’s just face it Dad isn’t getting any unless he shaves microbes or not and the sink is going to get an extra dose of Clorox tonight.

Tasha Sturm is another kind of mom. Tasha works as a lab tech at Cabrillo College in California. She creates bacterial culture plates from her children’s hand prints for microbiology classes at the college. That’s just a normal eight year old that’s been playing outside not a filthy hipster with a beard. She posted some of the results at MicrobeWorld.org run by the American Society for Microbiology (ASM)

I used to do my daughter’s hand until her hand became too big for the large plates and then started doing my son. I save the plates and give it to the instructors to use as a demo for the class. My kids think it is “cool” and the students like it as well.

It’s an art form. Some of the colonies of yeast and fungi only take on color when they’re grown at the right temperature. It would take a scientist with a research grant to properly study an eight year old’s hand but the white colonies are probably Staphylococcus. That can be dangerous but most strains are harmless. The close up…that’s what makes your feet stink. 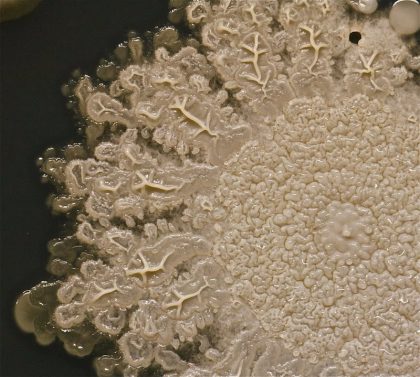