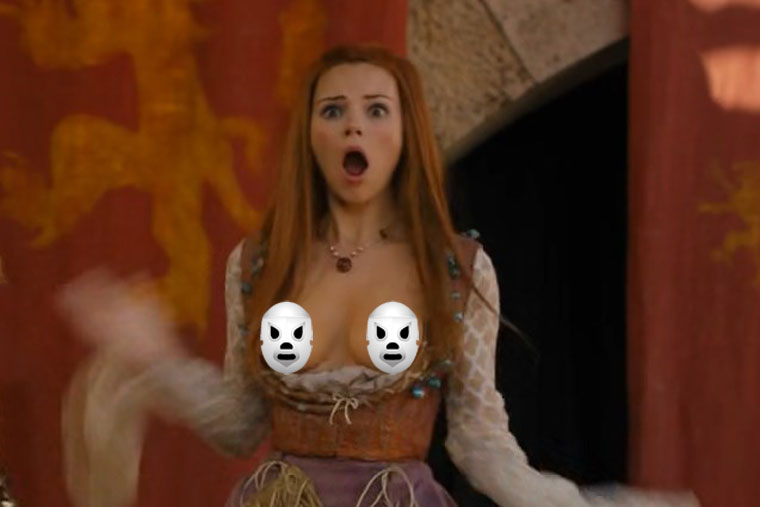 This week’s Game of Thrones featured a great scene where Arya had to watch a play depicting what happened to her family.  A character named Bianca plays Sansa.  Bianca is played by Eline Powell who has been acting since 2011.  Her character gets mentioned by Arya as being jealous of one of the other actors in the troupe (Arya’s assassination target) so she might have a bit more to do in the show.  Let’s hope so.

But why is this post calling her the girl with the awesome boobs?  Well, because she has awesome boobs and also because they never say her name in the show so how the heck is anyone going to know who she is unless they call her out by the part of her performance that will work in the search engines?  Can’t say: actress who played sansa in the play in game of thrones because that is too long.

If she gets more to do in the show (and it is ironic that one of her five lines in this eppy was her complaining about only having two lines in the play) then the name Bianca will probably become more popular and people will find her that way.  But until then, Eline Powell’s awesome boobs are the lead in this story.  Let’s hope they get her more famous because she was good in the eppy, especially when she smacked that midget and held Ned’s head!  The link to the uncensored pics is below the gallery.  Let’s make Eline Powell famous! 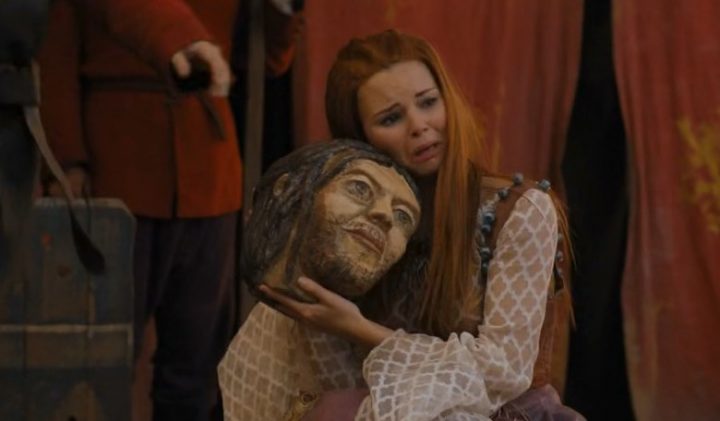