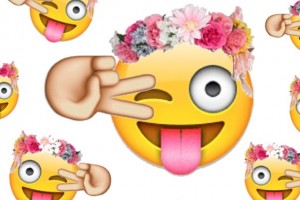 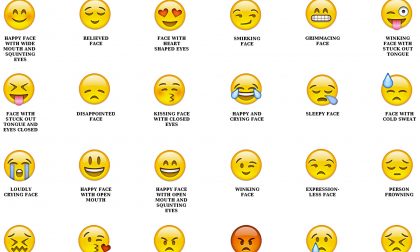 If using emoji means you have more sex does that mean an emoji keyboard is a sex toy?

Smartphones and emoji go together like bread and butter. True to form Apple found something good and sent Emoji international with their iPhone. Android and other mobile operating systems followed suit and now it’s Emoji Madness. If you live in Bedrock and have a talking bird instead of an iPhone Emoji are ideograms that Japanese phone companies invented to expand on emoticons and kaomoji. The icons are now standardized and built right into handset software.

In 2000 Despair, Inc. caused an internet riot when they obtained a trademark for the “frowny” emoticon 🙁 and issued a press release announcing they’d sue if you used it. Since the company is famous for a satirical take on the motivational indoctrination corporations (Like the one mocked in Office Space) the world was saved. It’s 2015 and people are more addicted than ever to talking with emoji. There are entire dialogs that are nothing but emoji. Since at least one doctor says that people who use emoji’s have more sex it’s more important than ever to get on top of this thing. 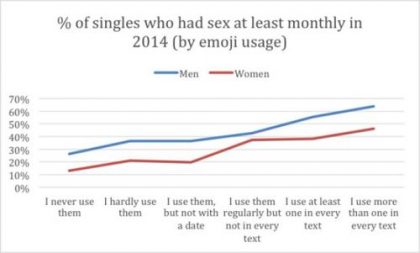 The sex thing must be true because France is the only country that doesn’t use the smiley-face icon favoring instead the heart emoji. Those naughty French are probably misusing the eggplant icon like naughty teenagers. Did you know it’s the only emoji that Instagram won’t let you search? The poop one, the gun, the syringe and even the pill all come up but the eggplant is the dangerous one. Who said corporate types wouldn’t know what an eggplant actually meant if used in a text? 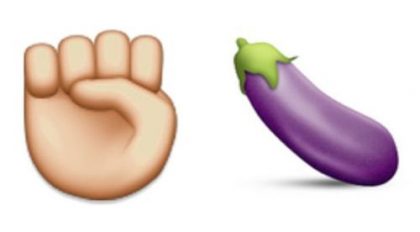 Since I don’t have a smart phone this meant I’m out of luck in the romance department. I tried and tried to get the rotary dial phone to send cool emoji but it just clicked at me. I could be saved. A company called Emojiworks has created an emoji keyboard for us stone age types that are tired of talking to the bird on our wrist. 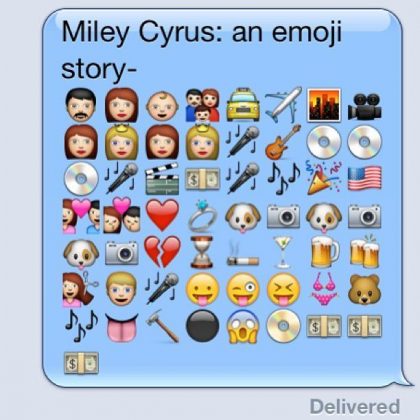 You can type and send the icons up to 10 times faster with the keyboard opening up all sorts of new dimensions in confusing grandma with eggplant laden texts. Since linguistics experts call emoji the fastest growing language maybe it’s worth the investment. Because the Playboy Advisor is now a woman and talked the magazine into dropping the centerfold I’m not sure if an emoji keyboard actually helps with romance. It’s worth a shot. I’ve seen stupider things done.