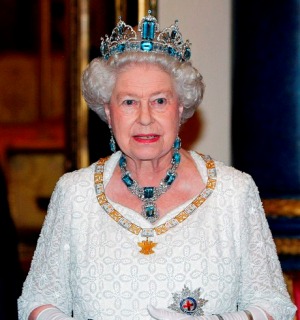 I managed to get the time to stop blinking on the DVR. Now on to World Peace!

It turns out that England’s Royal Family is a lot like us. They’ve joined Facebook where their page features news and pictures of Queen Elizabeth II and her family. Clarence House, that’s the residence of the Prince of Wales, even has us following the Royals on Twitter. It was said that the late Queen Mum was the last Royal to have her toothpaste put on the brush by her servants but I’m sure there are pixies that maintain Facebook and Twitter for the Royals.

It shouldn’t be said that the Queen isn’t tech savvy though. She sent her first e-mail in 1976 long before most of us even thought of having a computer and she owns the very latest Blackberry and an iPod. It’s said that she watched the Beatles movie The Yellow Submarine three times she liked it so much. Do you suppose she has the Beatles on her iPod along with Handel and other tasteful classical music? …

Maybe some puckish pixie who’s tasked with downloading music for the Queen’s iPod will put God Save the Queen on there. There’s been a controversy since 1977 about the charts being “fixed” but if Johnny Rotten wants to comment on Facebook about it he’d better not be offensive since any comments Buckingham Palace considers off are deleted immediately.

We don't know what kind of Blackberry the Queen has but this is the most expensive Blackberry to date by Amosu with a whopping price tag of £125,000 ($200,000). The Blackberry is solid gold and caked with 4,459 brilliant cut diamonds.

For those curious where the Queen got her iPod it was a present from President Obama. When presented it had Broadway show tunes on it such as “Memory” from Cats, Carol Channing’s version of “Diamonds are a Girl’s best friend,” and “Shall we Dance” from The King and I. There was also video from the Queen’s 2007 visit to Virginia. That visit is where President George W. Bush suggested that the Queen celebrated America’s bicentennial in 1776, not 1976, and received a stern look from the Queen.