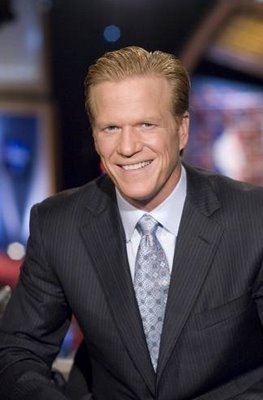 I am an angry Twit.

Soon after ESPN issued 12 guidelines to its employees about social networking on Tuesday, Ric Bucher, one of its N.B.A. writers and analysts, wrote on Twitter, “The hammer just came down, tweeps: ESPN memo prohibiting tweeting info unless it serves ESPN.”

He then added, “My guess is I can still tweet about my vacation/car shopping, etc.”

The guidelines are more detailed than Bucher described them. But they restrict the freedom that ESPN employees might previously have enjoyed.

Okay so, it’s probably not ESPN putting the hammer down on Twitter.

It’s more like, if you’re a journalist would you break the story by a microphone in a public square or the entity that employs you?

Bucher probably jumped the gun and, if you read the article, ESPN seems to be saying that is precisely what he did. It’s not a bad plan by ESPN. Instead of letting their employees run wild on Twitter, they seem to want to reign it in and direct their job related posts so that they best serve the company.

Then again, shouldn’t Twitter be a place where employees are free to vent about their employers and those around them?