Eureka is Back! On Fridays :( 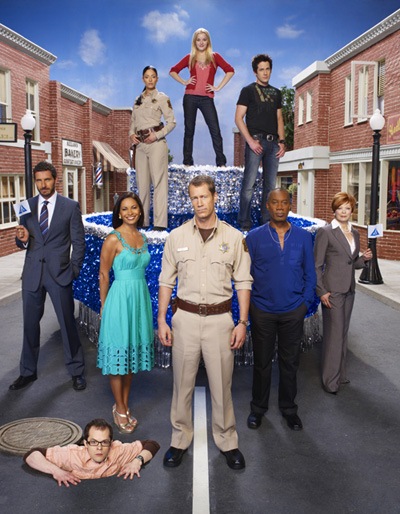 Eureka begin its new season fourteen days ago and I forgot to watch because Syfy* is no longer one of my favorite channels. It was a great channel back in the 90s.   Now I see my favorite show has been moved to Fridays (Televisions Death Roll) .  Hopefully, it will survive the Friday airing and be an exception, winning over new fans.

Please tell everyone you know to watch Eureka!  I don’t want Syfy to resort to showing Carnosaur or, even worse, a TV series of it.

*You’re not seeing things; Sci-Fi changed its name to Syfy.  I guess B movies and ECW wasn’t enough to bring in new fans so they thought dumbing down the name would make people feel less geeky tuning in.

You can watch Eureka Fridays 9:00PM or @ hulu. You can also check out a pile of pictures of the cast.  Iffen you wanna.