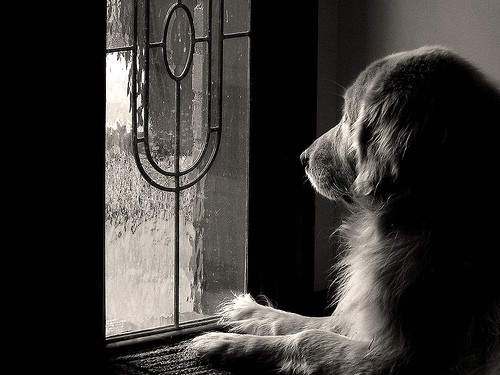 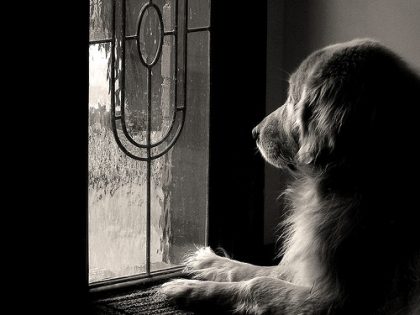 I wake up like the man in this video every morning. This is also how we have breakfast. I would be in serious trouble if I didn’t at least prove that a bag contains something dogs do not like to eat. She also had to be restrained when the Ambulance took me away last March. Ordinarily I wouldn’t share any kind of viral video but I’ve lived this one. Most of this one I should say. I do have organ donation checked on my licence but I came back much to Charlotte’s relief.

“Animals are such agreeable friends – they ask no questions; they pass no criticisms.” – George Eliot

This PSA for Argentina’s liver transplant foundation is heading for three million views since the ad agency shared it on Youtube. At the end the dog senses something familiar about the woman being escorted out in the wheelchair and greets her.

The video draws on real life. Greyfriars Bobby spent fourteen years guarding the grave of John Gray. There’s a whole list: Canelo, Capitán,  Faithful Kostya, Dżok, Hachikō. Heidi, a little Jack Russell Terrier, made her way down a 500-foot cliff to get to her boy after he fell to his death in Scotland in 2001. In February Sissy, a missing ten year old miniature schnauzer, was caught by security cameras at Mercy Medical Center where her companion was recovering from cancer surgery.

I’m all for organ donation but I’m also all for the other message in this video and stories. Make sure your friends are taken care of so they’re not sitting outside a hospital or in a train station. Make a Pet Trust  or add a codicil in your will. Charlotte has a place to go. She can be faithfully sad in Vermont or Texas even if it won’t be a heart tugging story.