Father of Lies – Not Your MCU Norse Fairy Tale 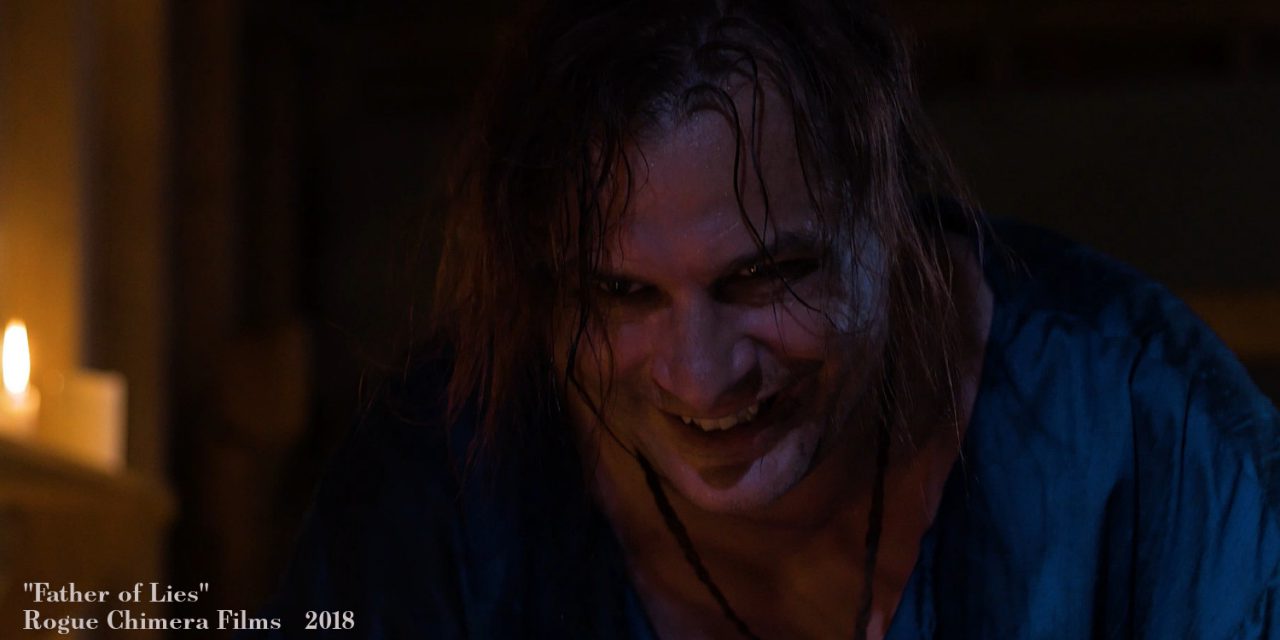 Early last year I reviewed the incredibly riveting short film Coming Home, from writer and director Shiva Rodriguez. Today we take a look at her next project Father of Lies, a more culturally accurate telling of Loki’s rise into a dangerous trickster god and another look into a twisted family dynamic. For those that only know the story of Loki and Thor from their playful banter in the MCU, Rodriguez is happy to set that story straight, bringing to light the far more hateful dynamic between the two. We start this story with Loki’s arrogant brothers coming to take his youngest child, a daughter. Loki’s children will grow to be considered abominations by the Asgardians and must therefore be locked away, in this case in Midgard, or Earth for those not in the know. Loki’s wife puts up quite a fight and things end very badly, both for her and her infant daughter, the daughter seeing a particularly grisly death at the end of Thor’s hammer. It’s here that we get to see the real depth to Loki’s character. Most people just know him as Thor’s adopted brother, the trickster god, a longtime villain, and a man whose anger is born out of petty jealousy. Rodriguez brings us the far older story of Loki’s brothers’ betrayal, his heartbreak, and the imprisonment that drives him mad. This is when we get to see his real fall. It is only when Loki seeks vengeance for the murder of his wife and daughter that he finally comes into his violent and sadistic nature. After Thor sees him bound for thousands of years, his remaining children just out of reach, he is driven to far more twisted acts of hatred than his recent pop culture depictions would lead you to expect.

It’s here that we get to our technical insights. First and foremost, Shiva Rodriguez has an excellent command of both classic and contemporary dialogue. The fighting between the Asgardians has the Shakespearean ring to it that one expects to hear from these kinds of characters. Her depiction of Loki is especially twisted. D. Duckie Rodriguez, who you might remember as the particularly sadistic father from Coming Home, brings Loki to life beautifully. You can feel his rage and betrayal from his brothers’ actions, his deep sadness at the loss of his children, and his sadistic joy when torturing his new playthings. The camerawork is clean, the sound is done well, and the makeup FX are well done. There is really only one issue that I can find and it’s not really a technical issue. As someone that’s familiar with costuming, what would be period accurate costumes for a film like this, and the actual quality of these costumes, I think they look great. Knowing what people think the costumes should look like, I know that people are going to think they look like Ren Fair costumes and that’s just not the case. There you have it, my one issue is that people should read more books about the clothing worn during the time of the Vikings.

Over this last I’ve become a big fan of Rodriguez’s work. She’s a very talented writer and director that has an excellent eye for bringing out the twisted and creepy in her characters. She is particularly skilled at showing the extremes within her sadistic male characters. Rodriguez is able to utilize her actors, her husband D. Duckie Rodriguez in particular, to bring out the creepiest portrayals possible. Just as I was with Coming Home, I’m left wanting to see more of the story that she has to tell of Loki and the horrors he has become capable of.