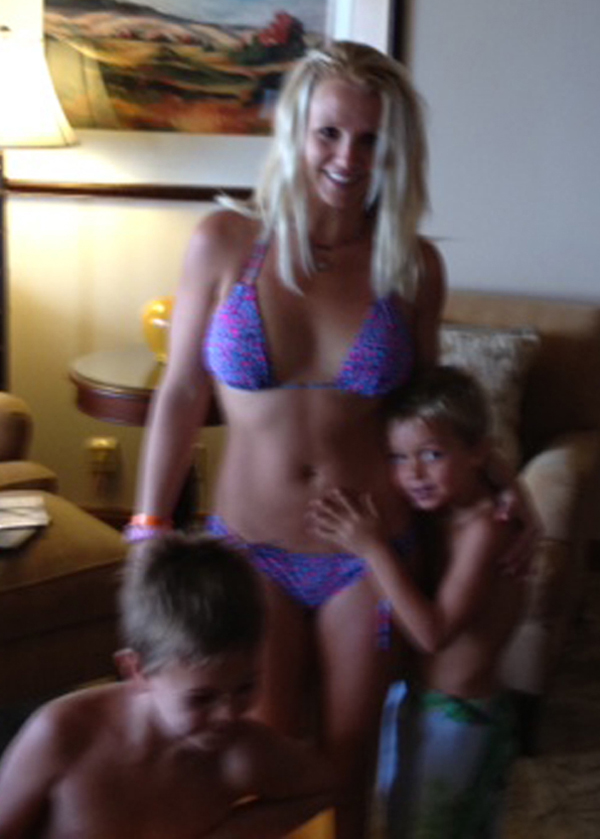 See that picture up there?  That’s Britney Spears.  She takes one pic of herself in a bikini where she doesn’t look like Danny Devito and the whole internet goes foolish.  Take another look at the pic.  Her stupid kids are blocking her and it’s all blurry.  Actually it doesn’t even really look like her.  I might have stumbled onto some kind of conspiracy.

Real or not, though, the pic does illustrate what having kids does to chicks whose job it is to look sexy.  Lowers the bar.  Wayyy down.  My proof is this week’s song.  You might not realize it, but “…Baby One More Time” is from 1999.  And that makes it fair game.  And it should also make everyone look at her in the video and then look at her ridiculous unsexy antics over the past 5 years or so and get really mad.  And don’t for ONE SECOND start yapping to me about how “it’s natural” and “everyone is sexy”.  No, everyone isn’t.  And Britney Spears used to be but squirting out kids, smoking and doing whippets with full cans of whipped cream ruined it.  And now we can just look at her dancing around all skinny and whatnot in the video that made her famous and then run to Wikipedia quick and see how old she was when she made it.  I personally didn’t because I am a rebel.  Or a perv.  Whatever.

So remember.  The reason it is ok to be mad that Britney Spears is not hot anymore is the same reason why we don’t go watch skinny people box or car races where all the drivers are old.  Actually, old people car racing might be cool.  Let’s do a Kickstarter!