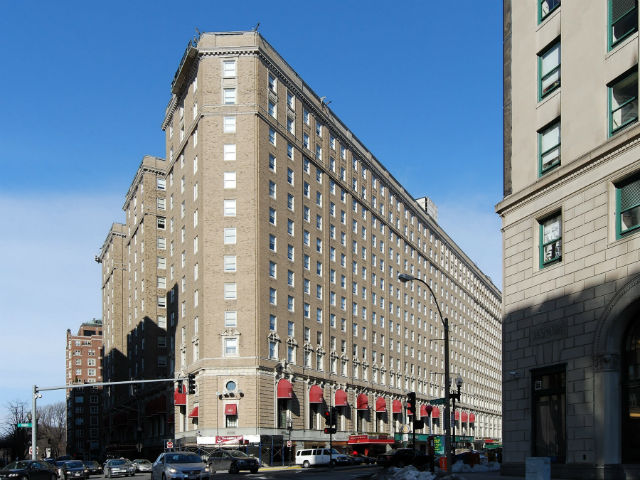 I’m not in Gallery Headquarters.  I am in the Boston Park Plaza Hotel (pictured above, derh).

The Boston Park Plaza is a former Statler Hotel in Boston, Massachusetts opened on March 10, 1927, built by hotelier E.M. Statler. A prototype of the grand American hotel, it was called a “city within a city”. It was the first hotel in the world to offer in-room radio in every room.

I haven’t been in every room so I can’t vouch for the radio thing, but mine has one.  And since I am here instead of where all my stuff is I don’t have my list of songs.  So I had to think of what to do this week and chose this.  And since I was chatting Eva Halloween at the time, I will show you how things work within our giant conglomerate.

Acadia Einstein: HA  Look at this.

Eva Halloween:  what happened to her?

Acadia Einstein:  i dont know, but you just wrote my post