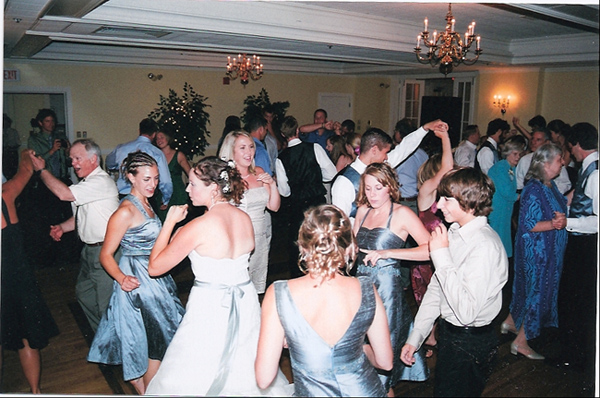 If you have to be a one hit wonder, it makes a LOT of sense to try to get one that can be played perpetually at weddings.  I don’t know who the original composer of the Chicken Dance is but I am sure he is pretty satisfied in heaven or whatever because that thing gets played like a million times every weekend.  Is that how many weddings there are per week?  That seems high.  I should check.

According to the government:

I don’t know what the time frame for those stats are but I do know that is at least a million Chicken Dances.  My calculations are based on my assumption that only white people do the chicken dance and half the people in America are white.  But even the white people with their terrible dancing probably do their best to do “Da Dip.”  The instructions are right in the song.

And let’s face it, most drunk people at a wedding NEED directions for how to dance.  Unless it is “end of the night single people grinding on each other” or middle of the wedding little kid standing on the grown up’s feet” dancing, then it is just a bunch of people half in the bag assuming nobody is watching them, and those people can use all the directions they can get.  So when “Da Dip” comes on, they can try to follow along and touch people’s hips and gyrate as long as someone leads off. Luckily, there is always at least one bridesmaid who did shots before dinner was served, so everyone can Dip.  They might think they are cool, but I always think people look like they are doing “I’m a little teapot.”  But with more sweat and untucked shirts.

Anyway – nice job, Freaknasty.  You could invade my home and I wouldn’t know who you are, but your legend lives on in banquet halls all over America.  Except for racists.  They just skip you and play the Electric Slide twice.  Sorry 🙁