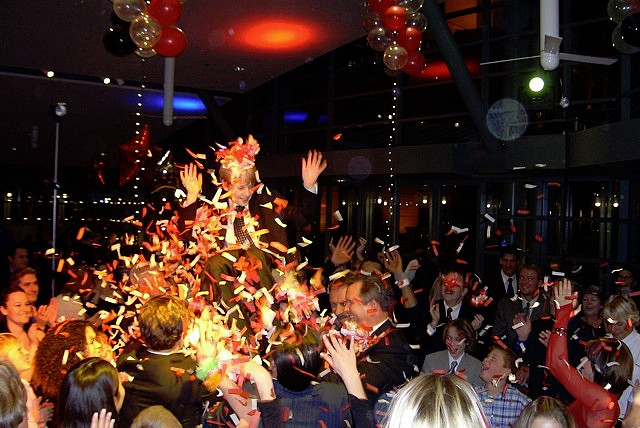 My friend’s kid is getting Bar Mitzvah’d soon and I think Basket Case is going to his song.  I am not sure if my friend listened closely to the “I went to a whore” line but hey, the kid’s a man then, right?

I went through the video a couple times and realized that Billie Joe Armstrong’s…arm…should really be…stronger.  Look at the way he plays his guitar.  If someone did that in an air guitar contest they would totally lose.  And why does the drummer have duct tape on his drums?  Are there any drummers who read this that can fill me in on that?  If you can use duct tape then why bother with drums at all?  Or are they targets?  I know nothing about drumming.  Nothing.

I wonder how Green Day would feel if they knew that a 12 year old kid is using their song to symbolize his coming of age.  I like to think they would be genuinely happy.  But I also like to think that Richard Branson would think I am super cool and funny and give me a big chunk of money if we ever got to talk for more than five minutes, so maybe the things I like to think aren’t all that helpful.  Anyway, you can’t argue how great the song is.  And you can’t argue how awesome hoisting some kid up on a chair and carrying him around is. Maybe this IS a match made in Heaven (that I am pretty sure Jews and Green Day don’t believe in).

Does make me wonder what they did back in Moses times.  I don’t think they carried chairs with them through the desert just to use for Bar Mitzvah’s.  Maybe they used a rock or a log or something.  I guess if there are any Jewish people who read this you can help me out, too.  And a Jewish drummer?  JACKPOT!

Oh, and one other thing.  Since it’s October, if you REALLY want to “give yourself the creeps” go to this site.  It’s supposed to be there to let you remind yourself of crap.  But if you just set it to text yourself stuff like “You’re pretty when you sleep.” in the middle of the night.  That’ll creep you out but good.  Especially if you schedule it and then forget you did.  I wonder if I can do it to other people.  That seems like a good idea.  See?  Richard Branson would LOVE me.