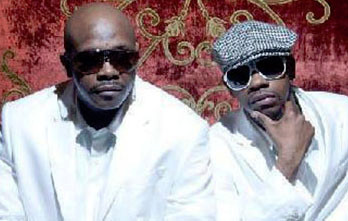 If not knowing about any subsequent songs from R&B acts that make it into the mainstream makes me racist then I guess I should move to North Carolina.  And since I already live here I guess it means that I should own up to the fact that I have ZERO idea if K-Ci and JoJo had any other songs besides All My Life.  And why should I?  This song is good enough to listen to over and over and over.  I have listened to it in the other window nine times already, since I am chatting instead of writing the stupid post.  If you want to chat with me, just ass superficialgalleryATgmailDOTcom.

Any why is there a pic of Supergirl in the banner?  Well because when I did an image search for ‘all my life’ and Laura Vendervoort came up.  And apparently she was Supergirl in Smallville.  And apparently I really should have watched Smallville.  But it is too late to worry about that when I have K-Ci and JoJo to make me feel all kinds of good.  Oh, and there is one other thing about this song that got it in my head and the real reason I used it tonight is that it was featured in Serial.  I am not sure how much of a phenomenon this is (I am probably way behind the curve as usual) but it is a podcast and a true crime story and a really great mystery all wrapped into one.  Give it a shot, but not until after you listen to the song a few dozen times.  Damn, that’s a good song.