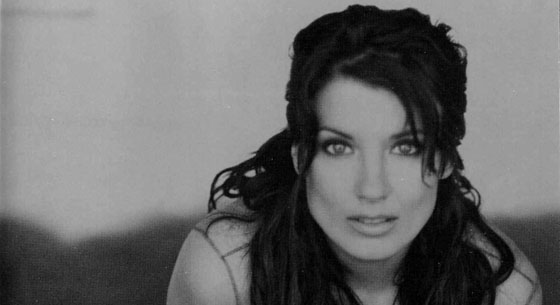 With all the talk about women’s rights flying around today I am thinking it might be a good time for all the ladies in America to try to get themselves all on the same page and make things they way they want.  “Oh Acadia, you don’t understand politics…women have varied beliefs and values and wah wah wahhhhh.”

That’s what they will tell me, but I will say: STFU – I understand EVERYTHING.  And I understand that if women voted for candidates because of the fact that they are women INSTEAD of all the other stupid criteria they use, then a bunch of women would get elected.  And the odds that you are going to pick some kind of conservative are pretty slim.  And then when you have all your minions in there you make them vote the way you want.  That’s how it is supposed to work.  So what the Hell does this have to do with this week’s song?

Well, listen to it.  She says she’s like 57 different things in one sentence.  But I have checked the tapes thoroughly and she is a woman throughout.  Which means that whatever else you are or think, you are women.  And if you decided to move the culture you could do it.  Because the weird illusion that men run everything is just that: an illusion.   Listen to the song again.  She is OUTRIGHT SAYING that she is gonna flip out and be all over the place and that she thinks it’s “cool” that her man just gets out of the way.

A lot of the time, the men will just get out of the way.  And if it doesn’t work, then whatevs.  How bad off could the country possibly be if the legislature and White House were occupied by women?  Maybe it’s time we found out.  Oh, wait.  Crap.  I’m a guy, so this is just another guy telling women what they should do.  Sorry.  🙁  Video after the jump.

PS:  I voted for Hillary.  And remember, if five people complain in the thread I will put the lyrics back in.