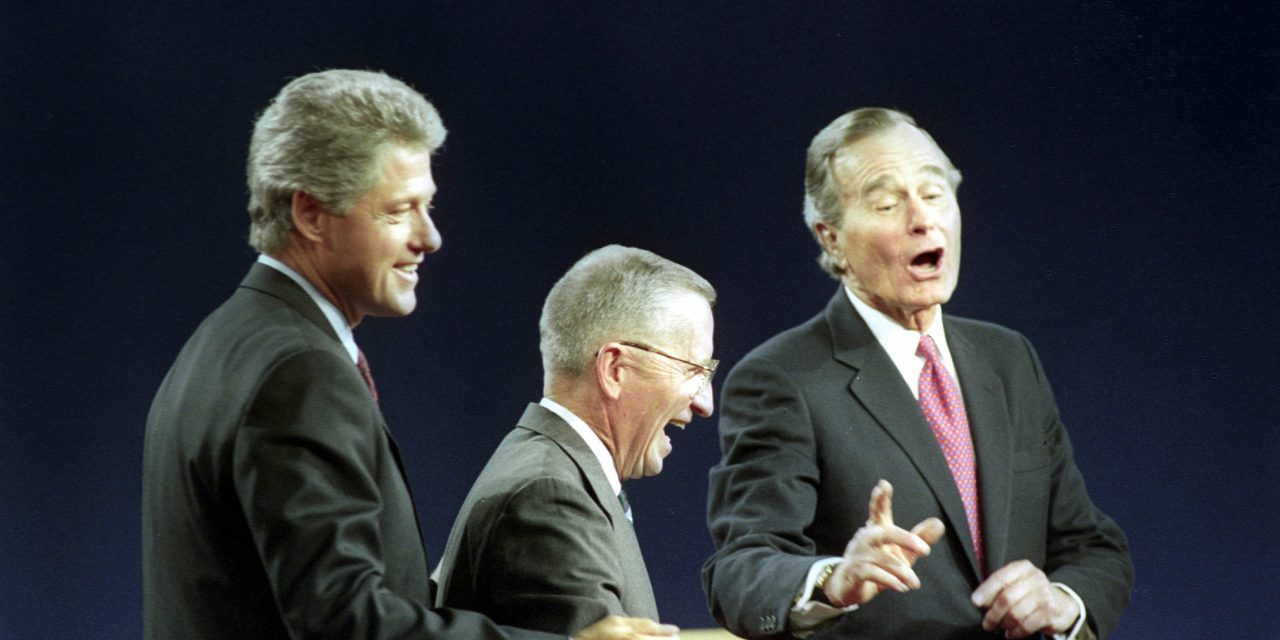 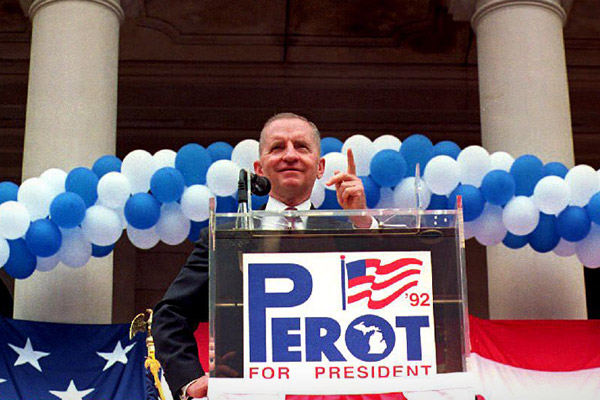 Back in 1992, super rich guy Ross Perot ran for President against Bill Clinton and George Bush. He didn’t win but he did get a decent number of votes and Republicans love to say that it was Perot that cost Bush the election.  Actually, lots of people say that because it seems like something that would be true.  Except it wasn’t.  The Perot voters were split pretty much 50 / 50 between Bush and Clinton.  So in reality, having a third party candidate didn’t do anything except give people an alternative.

And we can’t have that, can we?

Maybe Trump won’t run as a third party, but if he does, the same angry people that voted for Perot will vote for him.  And I get that Trump is crazy.  But he is also all over the map politically, which most other people are too, if they are honest.  And anyone whose views don’t line up 100% with either party is a problem.

So watch how much people say Trump won’t be President. On both sides.  Then think about the fact that, 25 years later, we might end up with Bush vs. Clinton with a crazy rich guy thrown in for good measure.  Why wouldn’t we vote for the crazy rich guy?