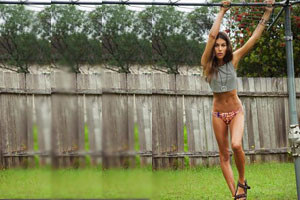 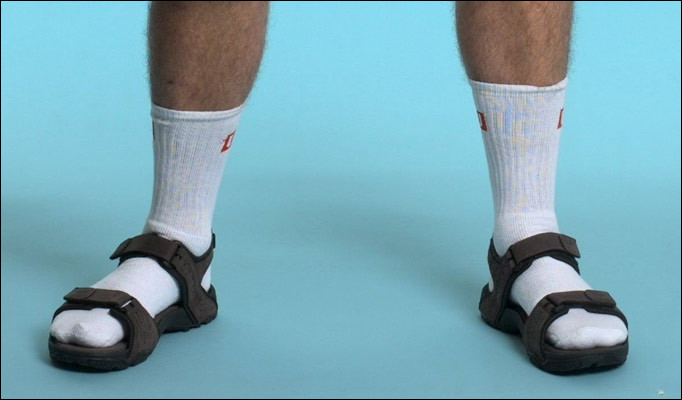 I don’t know why Tevas ever went away.  Out of the many great contributions from the 90s, sandals that didn’t fall off was one of the best ones.  You could get them wet (well, not the guy wearing socks in the banner, but in general).  You could ride on roller coasters with them.  And they provided the weird “freedom” that sandal people seem to crave.

I personally don’t think a man’s toes should be exposed unless that man is a lifeguard.  I guess it is ok for women but I also think it should be ok to body shame people’s feet.  When I lived in Boca, every old lady was rocking some kind of sandal and their toes were shooting out at all weird angles and craggly with big bunions that made them look like they were about to swerve to the right.  Actually, that is not even an old person thing.  It’s everyone.

I seem to have talked myself right out of the whole Tevas thing now.  Except for amusement parks.  They are PERFECT for amusement parks.  Nobody wants to go on a water ride and then slog their way over to the funnel cake stand.  With Tevas you could do it all.  Hmm, I am getting pretty old now.  Maybe I should just stop giving a crap and get a pair.  I could wear them on the train and then on my walk to work from Grand Central – that would make a ton of sense with work clothes.  Plus they might build a water park on 30th street this summer and I would be SET!