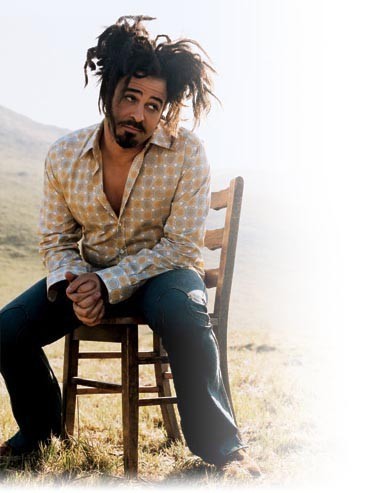 Counting Crows is one of those bands who flirted with superstardom and fell just short. They’ve been relegated to being representative of the ‘90s which, really, isn’t such a raw deal. The ’90s had some decent stuff going on in short-lived pop music: Gin Blossoms, Collective Soul, Blind Melon, Blink-182, Bush, and blah blah. This video made me laugh, the socks and partly laced combats with ragged shorts. What the heck.

August and Everything After is their most successful album and it’s pretty darn sad. Round Here and Raining in Baltimore are ridiculously gloomy and poignant. Mr. Jones has always made me happy, though–such a chipper bright spot on a dark album. Mr. Jones seems to fit more with later songs like Big Yellow Taxi cover and Accidentally in Love, uptempo music and pacing sort of disguising sad lyrics.

At any rate, go put on an old flannel shirt of your dad’s, cut some pants off below the knee, and dig out an old pair of Docs, and have a good look back at the ‘90s.  Video and lyrics after the jump AS ALWAYS!

The Counting Crows – Round Here

Step out the front door like a ghost into the fog
Where no one notices the contrast of white on white
And in between the moon and you, angels get a better view
Of the crumbling difference between wrong and right

Well, I walk in the air between the rain
Through myself and back again
Where? I don’t know

Maria says she’s dying
Through the door, I hear her crying
Why? I don’t know

Round here we always stand up straight
Round here something radiates

She parks her car outside of my house and
Takes her clothes off, says she’s close to understanding Jesus
And she knows she’s more than just a little misunderstood
She has trouble acting normal when she’s nervous

But the girl on the car in the parking lot
Says, “Man, you should try to take a shot
Can’t you see my walls are crumbling?”