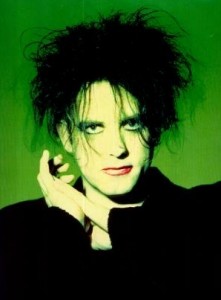 Usually you can’t tell people are British when they sing. Really accents from any country don’t really come through in songs.  AC/DC is from Australia.  When Brian Johnson or (god rest his soul) Bon Scott sang they didn’t sound like Crocodile Dundee.  Abba don’t sound like the Swedish Chef.  So why does the guy from The Cure sound so British when he sings?  Is that his gimmick?  And is The cure the same as The Smiths?

And what about Morrissey?  Was he in there somewhere?  I get the non-metal mascara bands mixed up.  Actually, I get the metal mascara bands mixed up, too.  Like Great White Lion Snake.  Those guys ruled.  I just read that sentence and proved to myself for the millionth time that nobody should ever believe anything they see on the Internet.  I am writing a music column.  I have done this 139 other times.  No kidding.  That is a lot of 90s music.  And I know NOTHING.

Lucky for me there is nobody who challenges me on my home turf so I can pretty much say whatever I want.  Did you know that The Cure got its name because the drummer’s mom was a nurse?  Well now you do.  And there is no need to look anything up anywhere else to confirm it.  I’m like Wikipedia.  Just go with it.

And while we’re comparing us to Wikipedia, maybe I should beg for some money or something.  Or just let any jerk come in and change what this post says and then have someone else come along and fix it.  Jeez that does sound expensive.  You people need to pony up.  Apparently this whole operation is costing me a lot of money!