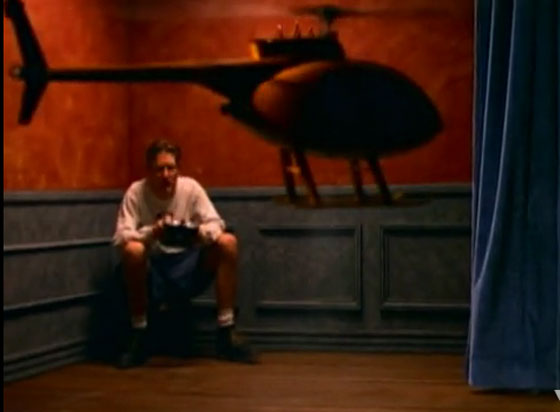 This is hands down one of the best songs of the Nineties.  Song makes me wish I had an old lady who went ahead of me and told people that something special was gonna be happening.  Like, wherever I went Blue Note Records was going to be recording and it was a big surprise.  Everyone at Wendy’s would be stunned. Someone would say: “Whoa, a recording for Blue Note Records!”.  Then someone else would say: “What’s a record?  Like a world record?” Damn people are stupid.

Anyway then I would come in to whatever place it was and just say:  MAHHHHH but you know, like, with a rhythm to it.  Because that’s a part of the song.  A guy saying: MAHHHHH.  It is like the guy got everyone he knew to be in the song and just taught them one part.  Sort of brilliant, actually.  The only guy who needed to really know how to play anything was the trumpet guy and how hard can it be to find a trumpet guy?  You don’t hear a lot of demand for trumpet guys.  Well, maybe in rice commercials about New Orleans but whatevs.  The point is that if all of you learned to do ONE musical thing well I could probably make some money off of you.  But nooooo.  You just keep failing me.  This is on you, people.  You think about that.  In one hand I hold riches that only a cool hip hop song can provide, and in the other, *force choke*.  Don’t pick Force Choke!