Gal Gadot – She Is Wonder Woman 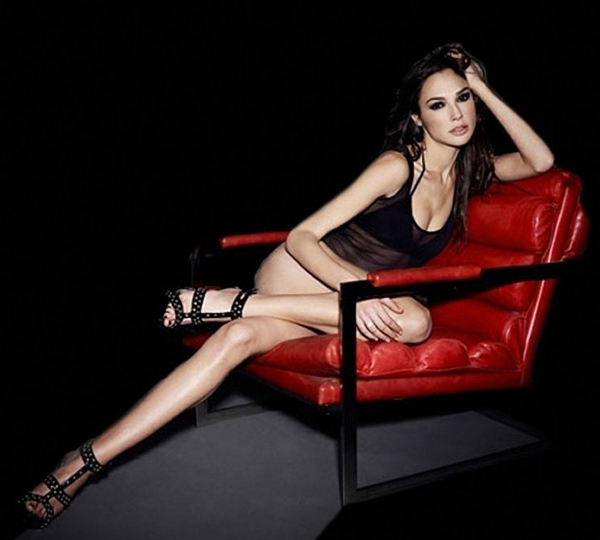 I had to go to Maine this weekend for family business and the first thing my brother told me was that they cast someone to play Wonder Woman in the Batman Vs. Superman movie.  And it isn’t like the business I had to do wasn’t important.  So I asked him who it was and he said her name was “Gal Gadot”.  So, armed with the knowledge that the Amazon Princess would be played by someone who, based on her name, apparently lives on Tattooine, I decided to do some digging.

Ms. Gadot is from Israel (thus immediately branding anyone who objects as an anti-Semite) and was a member of the Israeli Defense Force like all good Israelis.  Check out these Girls of the IDF if you don’t believe me.  So she knows how to shoot people.  Not that Wonder Woman ever shoots anyone.  Actually, is she like Superman?  I mean, does she have super strength?  I have to assume if she is like a goddess that she is pretty bullet proof so why does she have the bracelets?  And why wouldn’t word get around that they should shoot at her feet?

And a golden lasso that makes people tell the truth?  What an unhandy thing.  It seems like a joke prize from a Harry Potter Secret Santa.  I guess if there were a lot of liars within ropin’ distance it would be useful but again, if she is a goddess then people should be afraid that she will throw them into a volcano if they lie.

So really, Wonder Woman is the perfect example of feminism.  She has to do everything men do and has no help whatsoever AND has to wear shorts.  The only guy super hero that wears shorts is Robin the twink and he can’t even drive a car and has to do whatever Batman tells him.  So don’t give Baz Shabat or whatever her name is any crap for being Wonder Woman.  She has to try to make someone with ill-defined powers and terrible weapons seem credible.  They might as well have given her a fire proof scarf and magical snorkel.  Poor thing.  They need someone who knows how to kill someone in real life or else she wouldn’t be imposing at all.

And here are some feminist pics of her to help you be a feminist.  Femininely.

More pics after the jump!