Galactic Lizards In Sheep’s Clothing: A Review of V 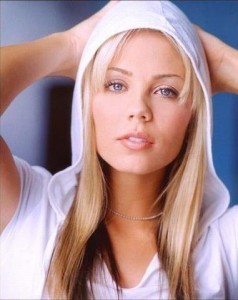 I expected the first season to be long and drawn out; that it would be at least six episodes before things got good.   In the series premiere, they revealed (to the audience) that the V had bad intentions for humans and there was a good amount of violence.

During the first season, they have gone through many story lines that most shows would save for future seasons. The downside to this is that season 2 could be drawn out over one story line (Heroes style), leaving multiple episodes with little to no action.

Religion and public response does get brought up but most of the show deals with a underground counter V resistance which contains an FBI agent, Visitor, Catholic priest and a British mercenary; all have a high level toughness.

This show gets away with a lot grim action under the science fiction flag Suicide Bomb, Torture, Hit Squads, with brutal death in just about every episode.  The priest keeps the gang from going total Rambo but Anna drops the hammer with zero remorse.

The only problems I’ve identified with this show are the following two designated “lets get every demographic possible” story lines:

Sleeping with the enemy
Tyler (son of Erica) has a love interest with Lisa (daughter of Anna).  In my twenty years of watching television, I’ve learned this storyline is used to justify why antagonists survive for multiple seasons (typically used in daytime soap operas).  I expect Tyler to be kidnapped/turn on his mother or some dumb shit.   To be fair, most teen/20 something boys would choose Laura Vandervoort over their mother.

By default, this storyline was going to happen but having one of the resistance members father a child dumbs down the intelligence of  Ryan’s character.   It would make sense if Tyler got Lisa pregnant.  Of course, if this were Fox, Anna & Lady Gaga would be expecting twins.  No show is perfect; what matters is V started off right.   Hopefully, it wont go down the path of Heroes which went from X-Men to One Tree Hill in short order.