According to Sally Kempton, the socialite turned swami: “Women are natural guerrillas. Scheming we nestle into the enemy’s bed, avoiding open warfare, watching the options, playing the odds.” Sally has a lot more to say about the limitations of traditional feminine mystique, but we’re talking about a show that Saturday Night Live has parodied by claiming there is a fourteen year old creative consultant who knows any scene can be improved by adding boobs.

According to director Neil Marshall, there is actually a real-life figure very similar to the fictional “Adam Friedberg”. There is a single, specific HBO executive (although Marshall declined to name who) who actively urged him to add in as much full-frontal nudity as possible.

Arguments about feminism aside, this second episode of season three entitled Dark Wings, Dark Words is all about the women of Westeros. Well the women that manage to keep their dresses on that is. The HBO boob consultant must have been on vacation during the filming of this episode for we get more Lion in Winter than Porky’s Roadhouse. Dame Dianna Rigg doesn’t even have to take her top off to captivate us with her portrayal of the Queen of Thorns, Lady Olenna, matriarch of the House Tyrell.

scornful of those who play the Game of Thrones with brute force. One of her tea parties is more dangerous than any battlefield. It may be a time of long knives but Sansa’s admission over tea and lemon cake that Joffrey is a “Monster” may have just sealed his fate. In her youth Lady Olenna avoided a marriage into the depraved House Tagaryen and her granddaughter Margaery seems to be just as skillful as the Queen of Thorns at this vicious long game of seduction and smiles.

Joffrey strikes me as the kind of guy who’d drive a Porsche in our world to compensate for his lack of adequate codpiece stuffing. Everyone, including his mother, is wondering if he’s interested in his fiancée’s lady parts. Margaery is reduced to describing Renly’s drunken suggestion … “something that sounded very painful and couldn’t possibly result in children” to discover what’s going on in that blond head. True to form, Joffrey declares the death penalty for that sort of disgusting thing and invites Margaery to fondle his enormous new crossbow. Don’t forget this is the woman that was ready to hop into a threesome with her brother Loras of the Roses and Renly if it would help with royal child begetting.

Not all the wome 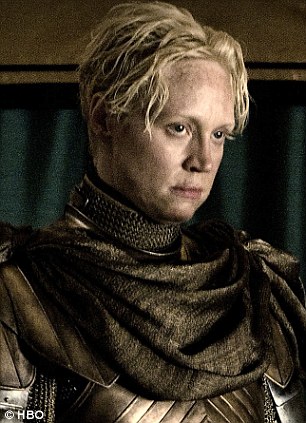 n of Westeros are locked into the camouflage of the demure smile. Daenerys has dragons and an entire army of warrior slaves. Nobody objects when she feels like wearing greasy Dothraki leathers or decimating a city. Unfortunately Daenerys was missing and the other violent femmes of Game of Thrones didn’t fare too well in this episode. Having forgotten her dancing lessons, Arya Stark is easily disarmed by a member of the Brotherhood without Banners and worse Sandor Clegane betrays her true identity to these Ronin. Osha Spearwife, now the wildling servant of Bran Stark, allows the teenage Joen and Meera Reed to get the drop on her, which can only partly be explained by the stink of magic that surrounds that pair. Even Brienne of Tarth is captured albeit after some swordplay with Jaime Lannister that I wanted to score like a boxing match. 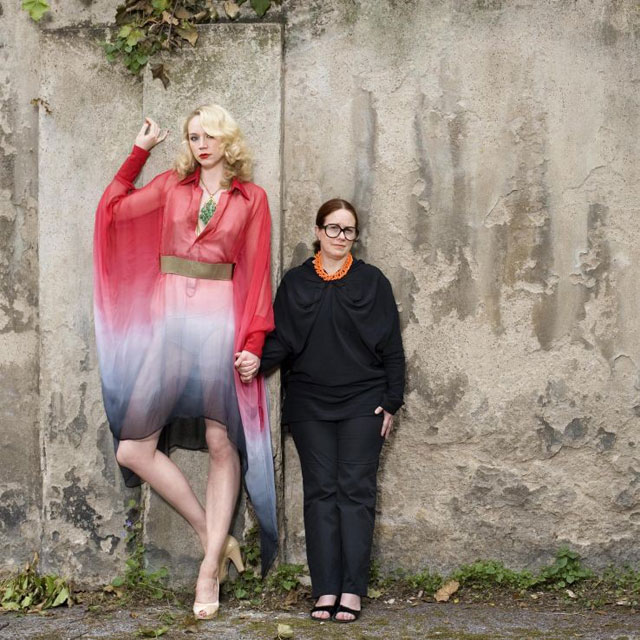 HBO is loving the lesbian appeal of Brienne. That segment of the audience that thought Xena was just too girly is in love with Brienne, but she’s just too complex a character to be the token butch dyke. The six foot three inch actress Gwendoline Christie who portrays Brienne is also no stranger herself to challenging conventional views of femininity. She appeared, mostly nude, in Polly Borland’s “Bunny Nose” photographs. A former gymnast, Christie has also been praised for her eloquent physical performance as Brienne. I’m looking forward to seeing how this talented actor handles the degradation and threats of rape that her character will soon face. The struggle for the Iron Throne has thrown Westeros into chaos. If you’re weak or isolated then it’s a hard struggle just to stay alive while the great houses gamble everything and sometimes sacrifice their players for the greater good.If you’ve been sucked into the sprawling epic story known as Game of Thrones you’re not alone. The second episode maintained almost the entire audience of its record-setting premiere. Shows like this, especially with the built-in flaws of the novels already existing, make me nervous. I find myself nervous that some plot twist is going to leave me hanging wondering why I liked this show much in the way I wonder why I ever watched Twin Peaks or Lost.  Surprisingly Game of Throne’s author George R.R. Martin has told the New Yorker he felt the ending of Lost was fumbled. He’s taken measures to ensure that won’t happen by whispering ultra secret plot details to the producers of the TV show in the event he dies before finishing the Song of Fire and Ice saga. I think I’ll keep watching. Maybe if just to see who the boob consultant has persuaded to appear topless.