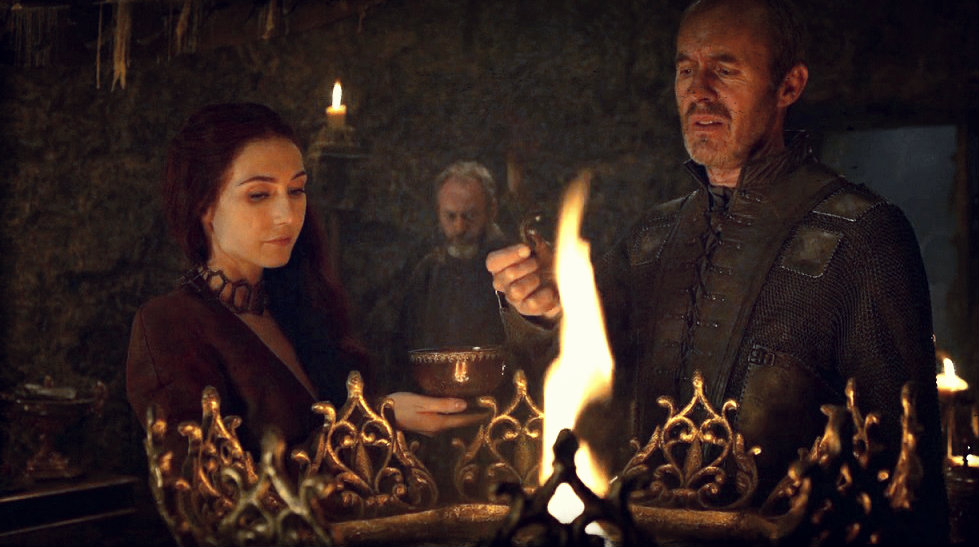 George R.R. Martin’s official fan club, the “Brotherhood Without Banners,” has a reputation to uphold. Their convention hospitality suites win the best party vote on a regular basis. Perhaps they could have helped out with the wedding of Tyrion and Sansa. I mean, since a Dothraki wedding is considered dull affair unless there are at least three deaths, what fan of George R.R. Martin wouldn’t leap in with sword drawn in order to save the dull marriage feast of the eldest daughter of Ned Stark?

Martin is fond of bloody weddings. A reader might be forgiven to think his messy personal life has  something to do with this. This one was the least deadly of the four in A Storm of Swords. Even being a prescient reader I kept hoping that there would be blood. Joffrey is just begging to have some bits chopped off. It would have been worth it if Tyrion had just used that dagger! Unfortunately Sansa isn’t a reader and has no idea that Tyrion is the best Lannister so she still thinks she’s married the infamously perverted Imp. Oh well she’ll learn soon enough and Game of Thrones seems to be done with the boring stuff for this season.

The episode is named for the sellswords known as the Second Sons. A once honorable company fallen on hard times under the leadership of the disreputable Meros they have  fallen so far that none of the Free Cities will hire them which is how they end up in the employ of Yunkai. It’s unfortunate that Daenery’s trick with the wagon of wine sent to the Second Sons camp seems to have been left on the editing room floor. It demonstrated her to be as clever as the Queen of Thorns even without dragons and the Unsullied.

There are more second sons than those who have signed the iron hinged book of the company in blood. This is another themed episode so we meet them all again: Tyrion, always before in the shadow of the Kingslayer; Samwell Tarly, sent to the wall to be a Black Brother just because he wasn’t enough of a medieval jock; Sandor Clegane, crippled inside by the charred face given to him by his brother Gregor; Stubborn, unforgiving Stannis Baratheon, who never managed the love of the seven Kingdoms like his brothers. He has a moment while grilling leaches filled with royal blood where we see the insane commitment to his own concept of honor.

The night may be dark and full of terrors but in the glow of all consuming flames we see Stannis fall over the edge.  He claims to have seen a great battle in the snow, winter is coming but he’s still unwilling or unable to give up his right to the crown in order to save the land itself. Only his rights, duty and justice count and before that terrible purpose nothing else matters. There are more people like Stannis in the real world than I’d care to admit but thankfully there is a shortage of ones like Melisandre able to convert blood into power.

The counter to the megalomania of Stannis must be the ever loyal Onion Knight. It’s dangerous being the most honest and loya supporter of a man like Stannis. Davos has already given his four eldest sons and been sent to the dungeons for wanting to assassinate Melisandre. He’s been learning to read in prison and while not Malcolm X the best you can hope for in Westeros is a promise to speak out against the woman who’s creating vacancies at court by burning nobles to death for the Lord of Light.

Manolo Blahnik Mary Janes, the Mother of all shoes

Back over the ocean in Slaver’s Bay we meet Dario Naharis the male version of Game of Thrones jiggle and wiggle. Remember this is the network of Sex and the City and HBO knows how to do guy candy. I hope they don’t carry it too far. I imagine an episode where the mother of dragons is ushered into the Vogue closet where the mother of all shoes are enshrined. Armies would march and dragons would lay cities to waste over those Manolo Blahnik Mary Janes. Dario, who looks like a refugee from a Poison cover band, seduces Dany by chopping the heads off his fellow captains. Mr. Big never decapitated anyone for Carrie! The only problem I have is that Dario originally was a captain in the Storm Crows but I’m still reeling from the idea of Brienne sipping Cosmopolitan’s at a girlfriends lunch so I’ll ignore that.

Lately all we’ve been seeing in Game of Thrones has been the boring positioning of game pieces. That’s not so unusual, George R.R. Martin is five books into the series and he’s just getting started with the story beyond Westeros politics. Still viewers were given a taste of Ice with the too obviously animated White Walker that attacked and is killed by the least martial Black Brother Samwell Tarly. I was hoping the producers had learned from the lesson of Jaws. Stephen Spielburg turned the malfunctioning animatron Bruce into the shark that terrified generations. What we got was a CGI ice zombie that grimaced, did some bad kung fu moves and then was killed by a stone knife.

It’s an important moment in the plot when we discover that Obsidian, Dragon Glass, is like kryptonite for Others. Crows in the weird trees, Sam discovers his courage, his steel sword is shattered then…I’m wondering why they didn’t just put some makeup on an actor. They seem to manage on the Walking Dead? They even manage on Game of Thrones, Rory McCann as Sandor Clegane  has makeup over half his face and manages to be more threatening than Bruce the White Walker. He’s even scared of fire too so maybe Arya should have tried an obsidian dagger?

Rory McCann has that Sean Connery style rugged good looks that set him apart from the prettier cast members. I keep wishing they’d found someone like him to play Jon Snow. The younger McCann who was famous for commercials where he appeared in the snow wearing little more than a kilt and a vest would have been perfect. He’s even a climber so he would have brought authenticity to that episode. He’s got the man’s man thing going for him where he gets an acting paycheck then goes sailing, climbing or camping wherever the mood takes him. He even enjoys teasing the press hinting that the show is peeling away from the books. He deserves a big role like Richard Madden scored. Dare I suggest Bond, James Bond?

“I see the show peeling away from the books,” he said. “I don’t think you really know who will go now or what will happen. There are whole new extra scenes that don’t exist in the books.”

Don’t worry if Dany seems to be distracted by shoes for a time. She’s young and has to make mistakes. Even if she were to fail Stannis and Melisandre have that royal stir fry going and Bran is still following the dream crow north into the ancient wood where magic has seeped into the very ground itself. Things have a way of righting themselves and there will be plenty of time to create a truly terrifying force of Ice. Maybe one that will scare us out of the snow like that broken mechanical shark scared us off the beach. 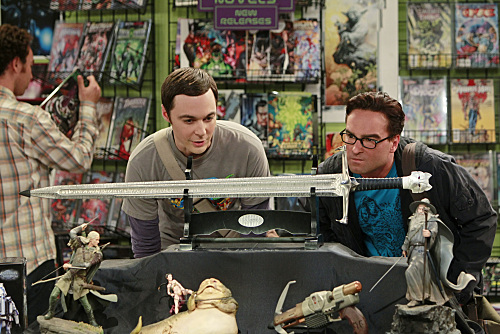