Game of Thrones – Who Cares? 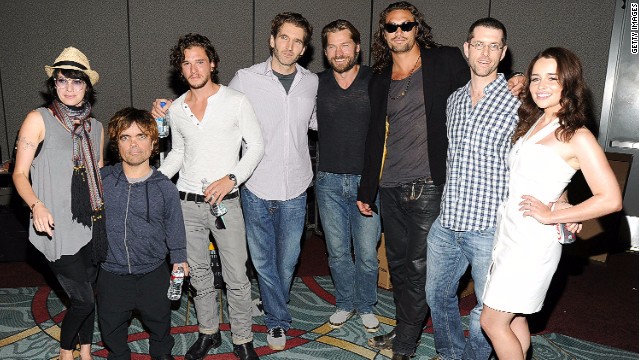 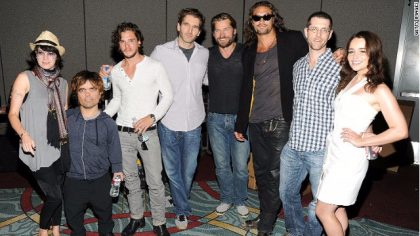 Winter may finally be coming. The latest buzz on Game of Thrones is the glorious phenomenon of Television overtaking Literature. This is also known as George Martin procrastinates. He’s famous enough no editor dares insists on narrative coherence but Television has never cared about authors so they’re going to make the show a soap opera.

While I’m the first to step up and saying the books are floundering what sets them aside from trash fantasy is George Martin’s cunning plots. We’re all used to instant gratification but we’ve been waiting five long books for winter to come because  characters can’t just skip over thousands of miles to satisfy the reader. Or can they? If you want to know who Jon Snow is just watch the TV show. I wonder if a certain character listed as dead but is probably alive and well hiding in a monastery is going to pop up in some crowd pleasing way or just stay dead because well…he’s not pretty. 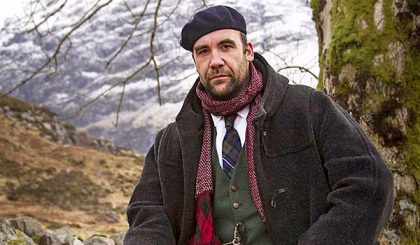 Rory McCann should be the next Bond but is he pretty enough to be resurrected as the Hound?

So many subplots have been chopped or eliminated entirely. It’s starting to feel like an entirely different story. A little bit like Star Trek with a hip new Captain Kirk and oh yeah we just blew up Vulcan but who cares because look we have a hip new Spock too. Sometimes it’s better, sometimes it’s worse, most of the time I can’t figure out what they’re doing. I’m scared they’re just defaulting to the easy soap opera format.

For the viewer who doesn’t have a literary conscious bothering their pleasures the show must seem like it’s slowed to a crawl. There are obligatory naked Australian extras but there’s only so much time you can spend debating if it’s a merkin or not. We also get medieval version of car chases on schedule but we’re halfway through the season and it’s still all about setting things up.

Jon Snow is mired down in the politics of the wall. Black Sansa is still poking around Winterfell. Stannis has only just decided to head over there and do some kingly stuff with his army. Even when it’s slightly interesting, like the idea Ramsay was conceived under the hanging body of his mother’s husband, you end up feeling a little queasy.

Dany being the one character everyone (even those who read) wants to get out of Mereen has decided to reopen the fighting pits and marry Hizdahr zo Loraq. The woman is the ultimate example of George Martin procrastinating. (Or whatever literary excuse you like to describe that with) Get on the dragon and fly home Dany. Give one to Tyrion and let the other eat Jon Snow.

There was a lot missing from this episode too. Arya’s time with the Faceless Men; Whatever Cersei thinks she’s doing with the Faith Militant; Littlefinger being Littlefinger. Not everything can be resolved but aren’t you sick of open cliffhangers?

I’m into the newly empowered Black Sansa. She doesn’t seem very curious about what happened to Reek but is certainly no longer the innocent who thought Joffrey was dreamy. She’s got Ramsay’s number and Brienne seems to have been nominated to take over the role Mance plays in the books so it’s going to be mighty Grrls in Winterfell. Black Sansa should learn even better ninja skills than her sister. The only problem I’ll have is that I won’t be sure if it’s Sansa or Brienne who will be the Gabrielle. 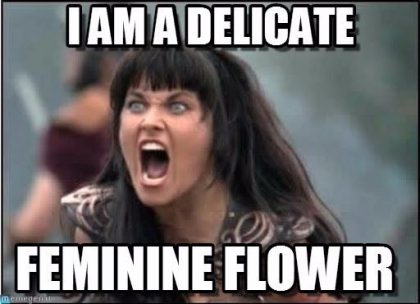 Yeah but someone has to be the Gabrielle.

A lot of the changes do make sense. The stonemen attacking Jorah and Tyrion is a good example. With Jorah afflicted like that how is he ever going to get up close and personal with his beloved queen? It gives us readers a new sense of anticipation, and anxiety, that characters like Ser Barristan can be killed. For the viewers don’t worry. I’m going to wager that most of the several hundred cliff-hangers left at the end of A Dance With Dragons will be left intact.

Winter is coming. There might even be snow and evil walking dead.