Game of Thrones Finale: The Dragon and the Wolf 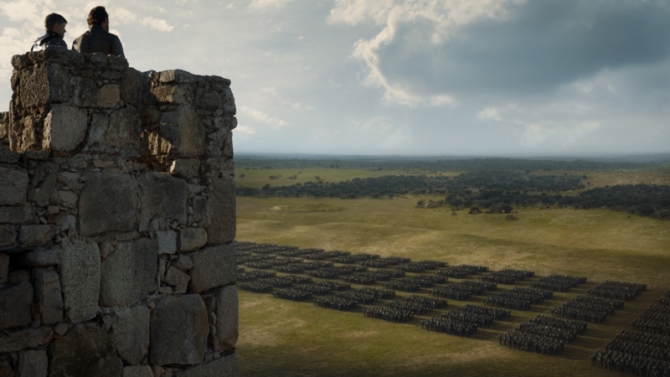 First of all, apologies, I was basically at death’s door when the show aired and for like 3 days after, so I was in no state to keep up with my duties at the Gallery. You don’t have to yell at me, guys, Acadia already did that.

Second… I kind of feel like I have to write two posts about this. But I’ll start and we’ll see. Here goes…

Things that were amazing:

Dany’s forces showing up at King’s Landing and the Lannisters kind of being like “oh snap, we’re boned.” 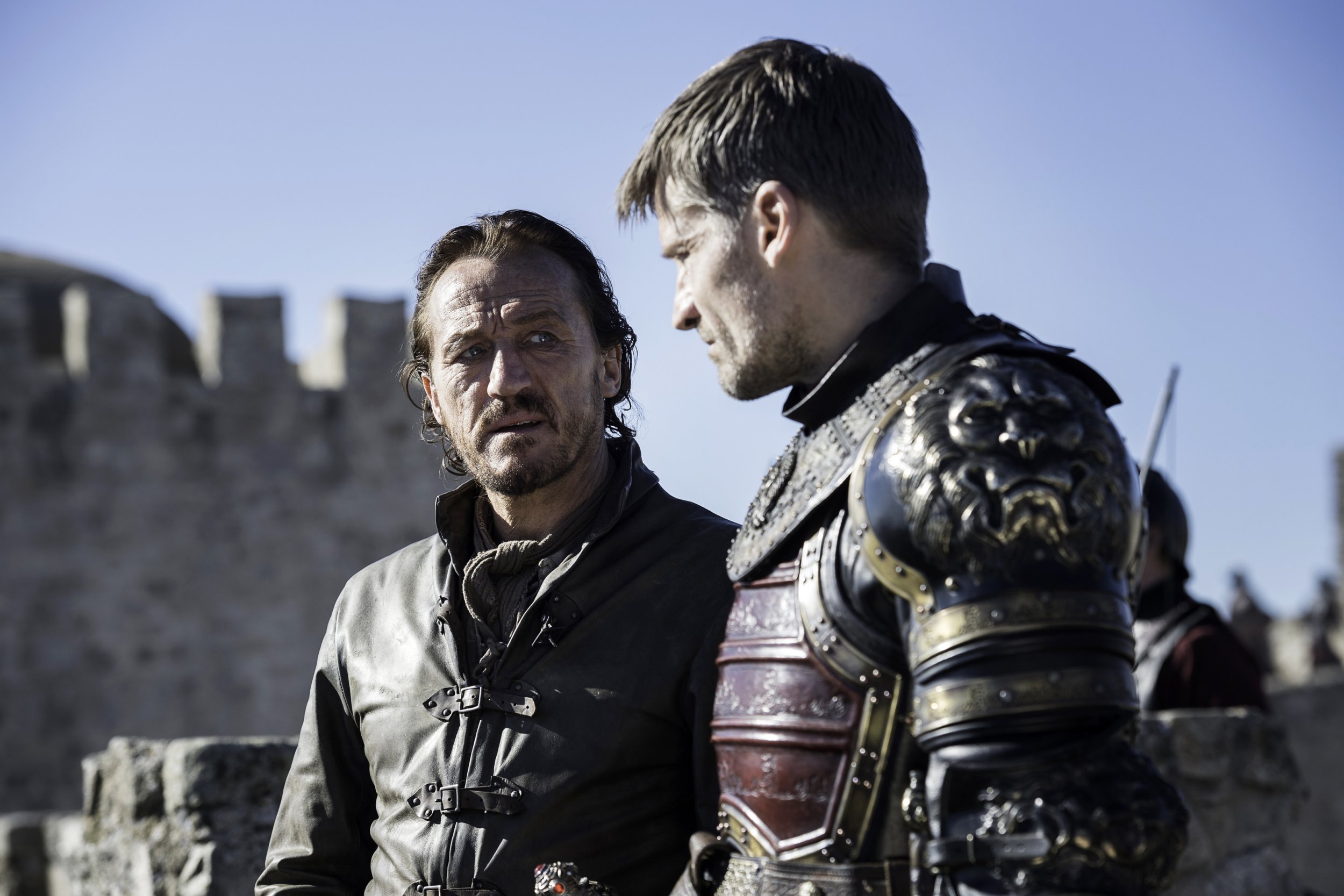 Dany arriving on her dragon, obvi. 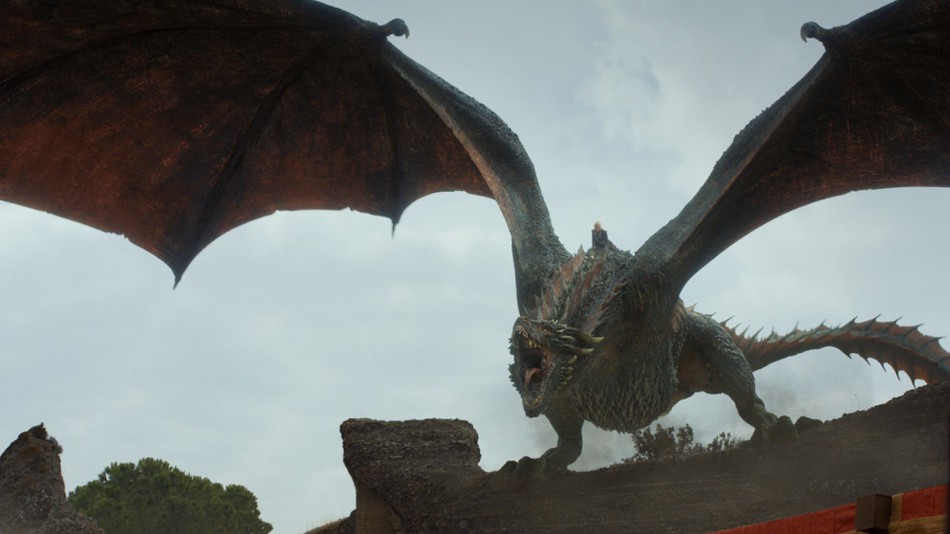 Cersei almost being eaten by a zombie. (I’m very angry I can’t find a gif of this.)

Brienne and The Hound discussing Arya, their murder baby. 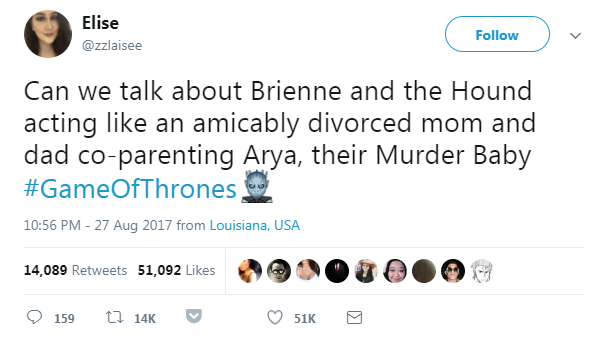 Jon refusing to lie to Cersei about not taking sides. Even though everyone was like OH YOU IDIOT. 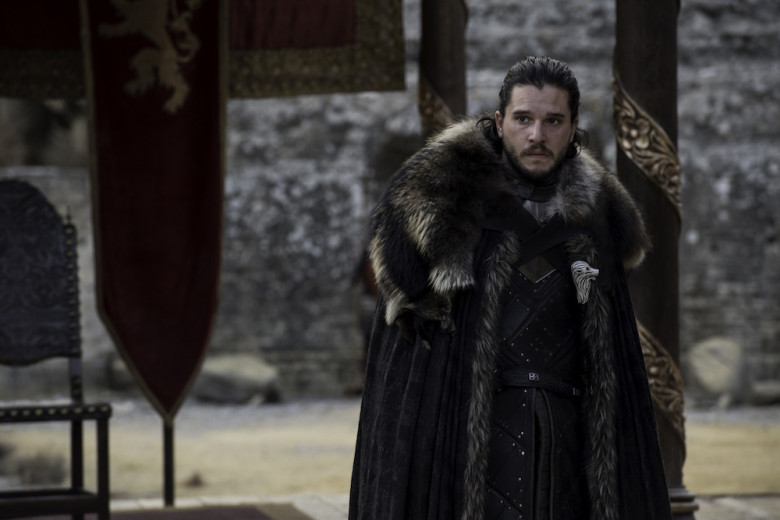 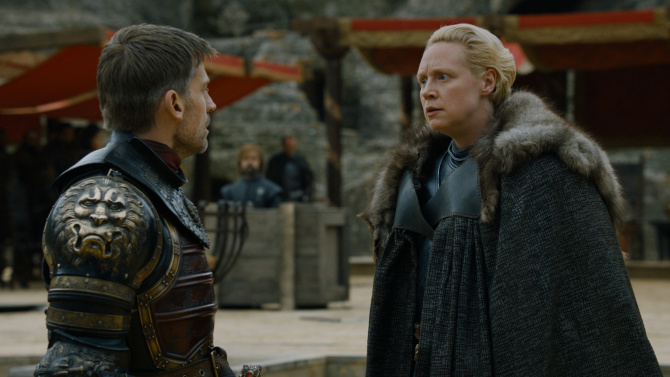 “Are you serious right now with your ridiculously evil sister?”

Cersei lying out her a$$. 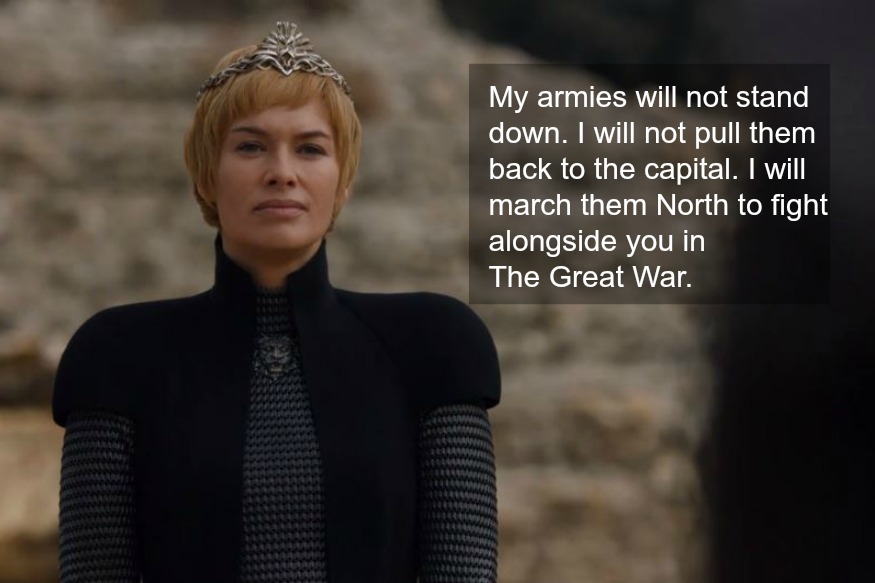 So that was the south. Let’s discuss the north for a hot second.

LIFE COMES AT YOU FAST, LITTLEFINGER 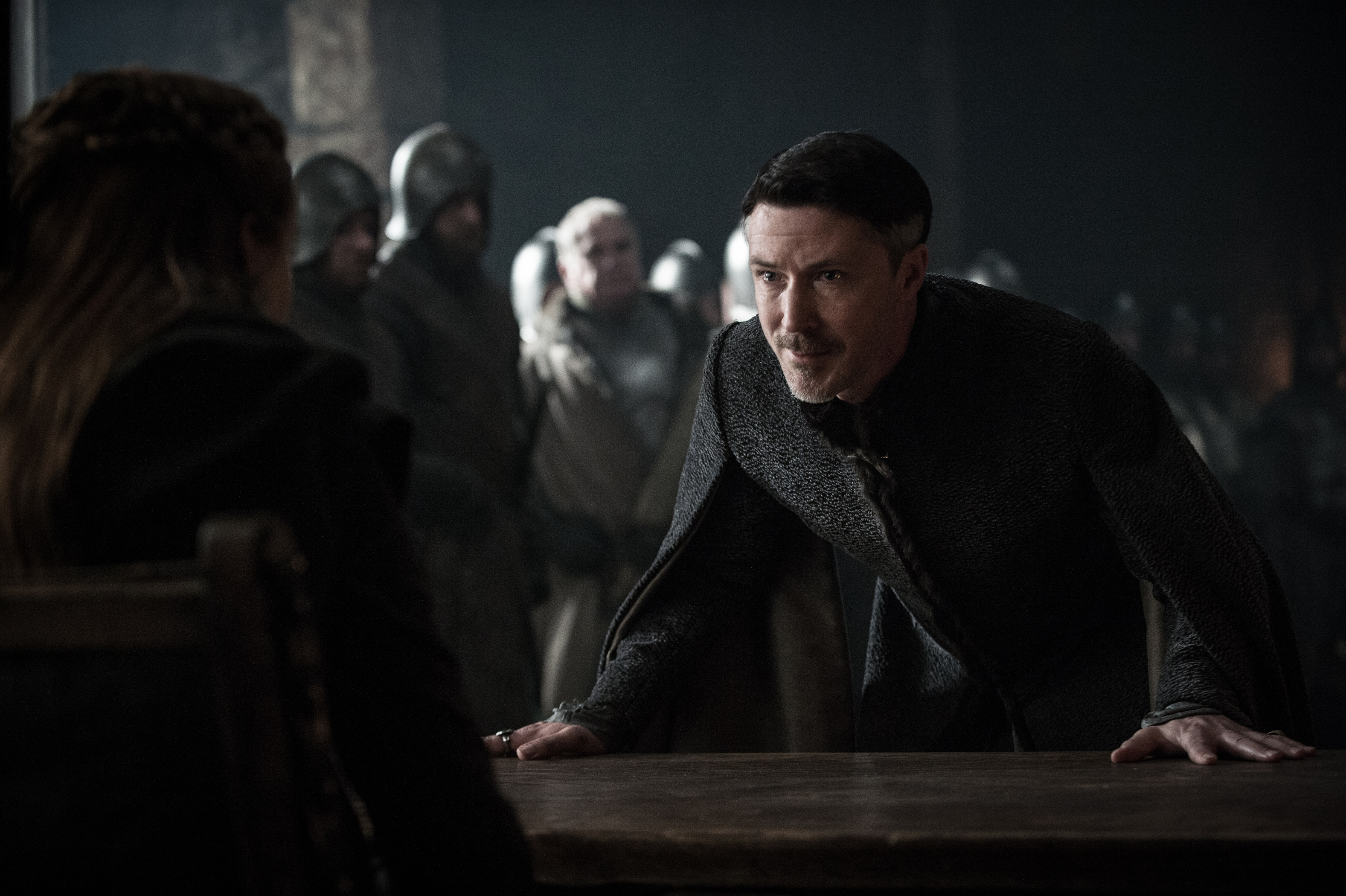 This may have been my most gleeful moment of the entire season, which is saying a lot. Because I had actually forgotten a lot of his betrayals and I was so so happy that Sansa brought most of them up. The fact that he has basically caused the entire downfall of her family and his life ends in a quick assassination from Arya the murder baby just makes me so happy I’m not sure what to do with myself. I almost rewound and watched the scene again immediately.

You’re GD right it is, Sansa. People are right to have some complaints with the level of deception about what was going on with Sansa and Arya. I think the writers could have explained better to us because I don’t know when they knew he was betraying them, and how long he was playing them versus them playing him. As I said previously, Sansa and Arya were both well aware he was untrustworthy so it was hard to watch them seem to believe him and mistrust each other.

Listen, I’ve used up every ounce of time I have just pulling this together and I feel like it deserves several more hours of my time. So I’m putting this up and please leave any comments and I’ll be back soon with a second follow up!

Filed under: finale, game of thrones, recap, review, season 7, the dragon and the wolf