Game of Thrones: No One 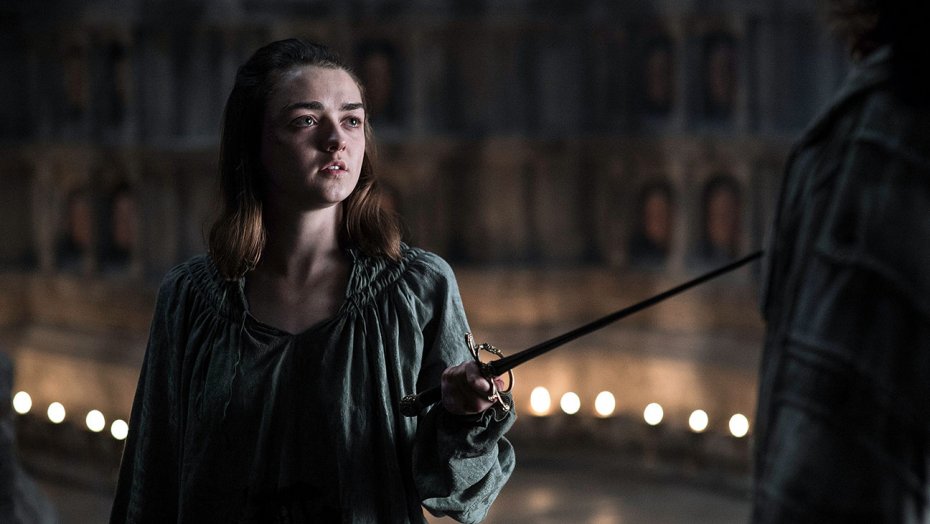 So we knew this was going to be an Arya heavy episode based on the title of course. But let’s review some other items first.

I was delighted to see him chopping people up, the very people who had killed all his friendly new religious friends. Also he insulted them as he did which was excellent.

So these folks are part of the “Brotherhood without Banners” which are a bunch of “Lord of Light” followers, but apparently their actions were not approved by the leadership, so they’re fine with Clegane chopping them up. And he knows some of them, namely the guy who he apparently killed before but who has been brought back to life maybe more than once? This dude. 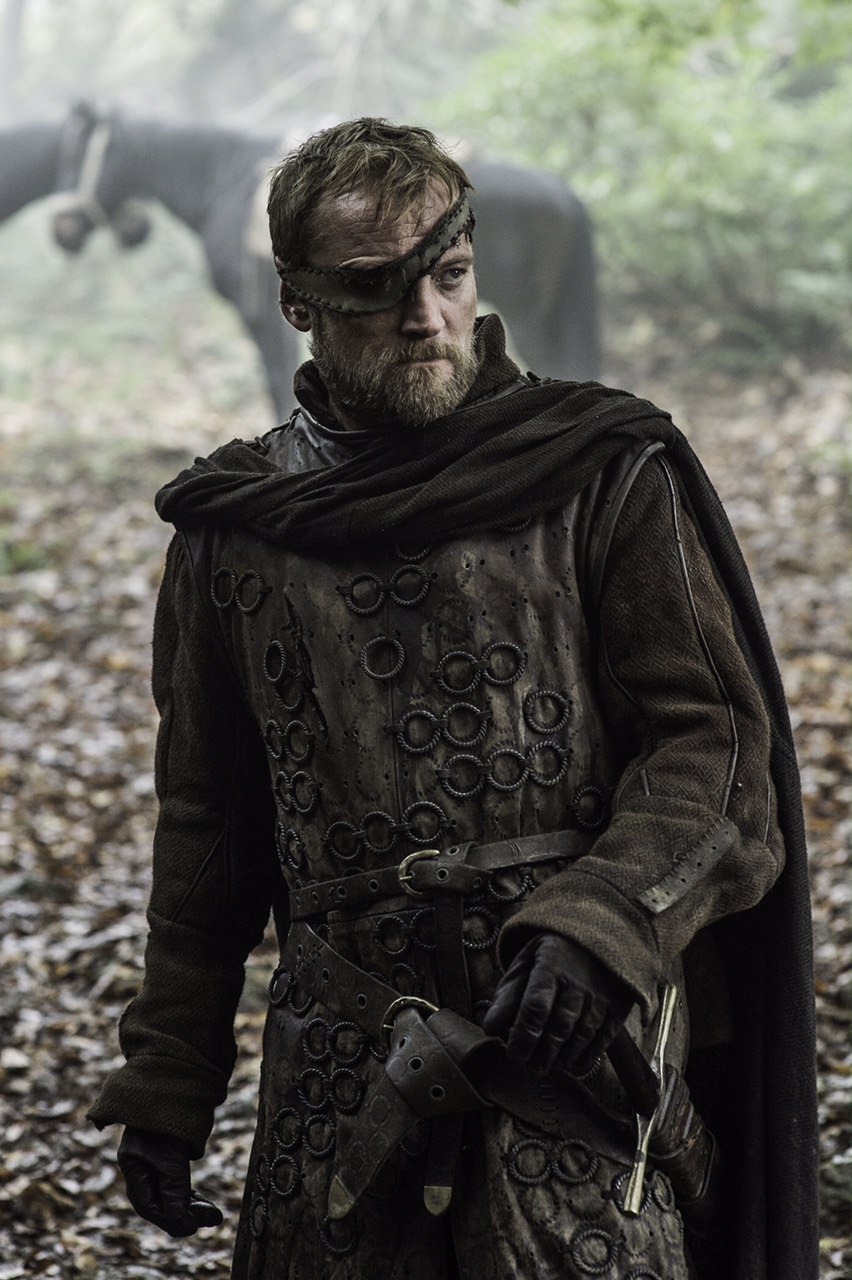 Maybe we’ll get to see Lady Stoneheart yet. I won’t expand on that.

Tyrion is feeling smart because his plan of getting religious fanatics to garner support for the Mother of Dragons is working. Or so it seems. 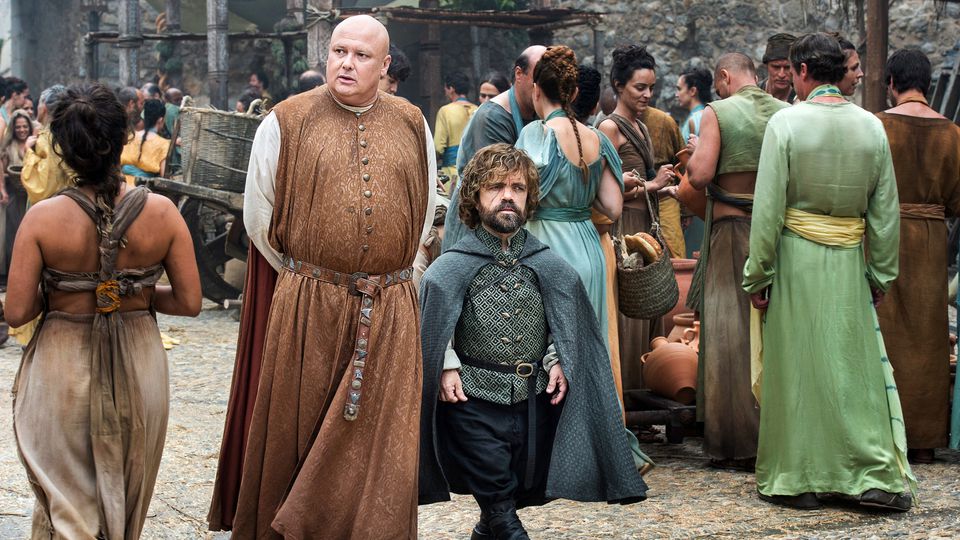 So Varys heads out on an errand (to get them some ships I think?) and of course just as Tyrion is getting his two angry friends to loosen up and drink some wine, a bunch of jerky “masters” from Yunkai (I think?) show up and start firebombing the city. 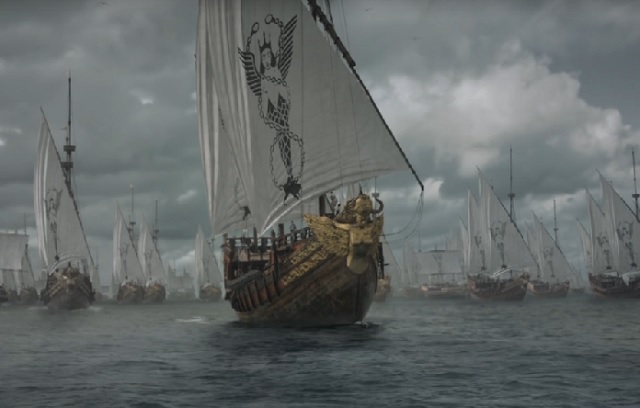 But! Don’t worry, Mama is back. With at least one dragon of course. 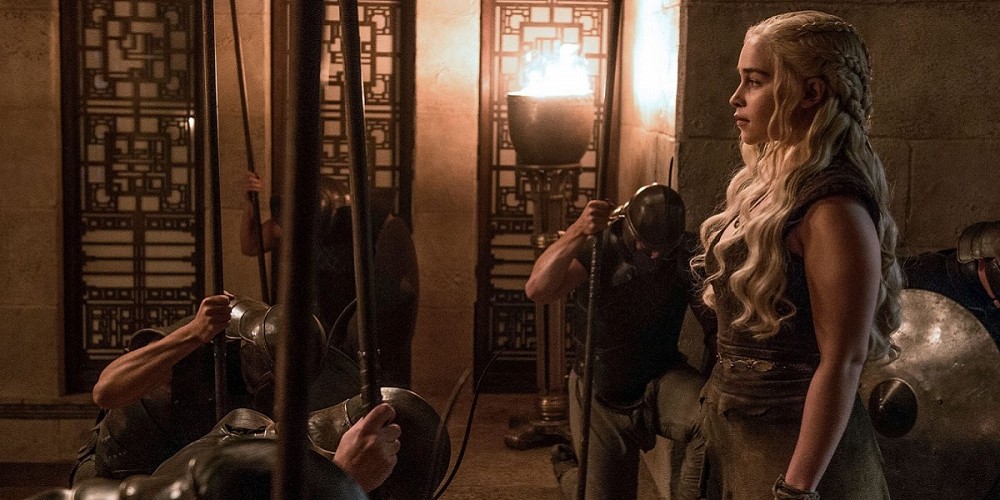 The look of relief on Tyrion’s face when she shows up is perfect.

She may choose violence but unfortunately, her son chooses The Seven. No trial by combat, Cersei. You’re in trouble, fren.

It was actually kind of amazing that she couldn’t see this coming. Her son hasn’t been spending any time with her. He let the religious folks into the Red Keep to “ask” her to go speak with the High Sparrow. Obviously something is afoot, Mama. Too bad, so sad. Moving on.

Basically I cannot even with them. Brienne is one of about 2 people in the whole world who trusts Jaime, and Jaime truly respects her which is not common for a woman who is a knight, so they have some real feels going on. Neither one knows what to do with them.

She tries to give his sword back, he tells her it will “always be hers”, she warns him that if she has to fight him she will because she’s honorable and pledged to the Starks. I can’t. These scenes make me want to like Jaime. Which is awful because he loves Cersei. And he’s about to threaten to catapult a baby into the castle to get Edmund Tully to do his bidding.

Oh yeah, Jaime takes over the castle like nothing, reminds us that he’s terrible, that Catelyn Stark (nee Tully) was amazing, and the Blackfish dies off camera, lame. At least when Brienne is rowing away in a boat with Podrick Jaime waves at her and doesn’t send anyone to capture her. See? He can’t handle his feels.

I should have known poor Lady Crane was doomed as soon as she started helping Arya. Sorry, Lady Crane, you were nice. Now you’re dead because the waif is terrible.

And what follows is a ridiculous chase scene where Arya acts like a videogame character and somehow doesn’t die despite almost bleeding out, yesterday, from a gut wound that would definitely kill anybody who doesn’t have modern surgery and antibiotics at their disposal. But I guess she’s magic or something. She’s certainly some kind of BAMF.

Look at this psycho! 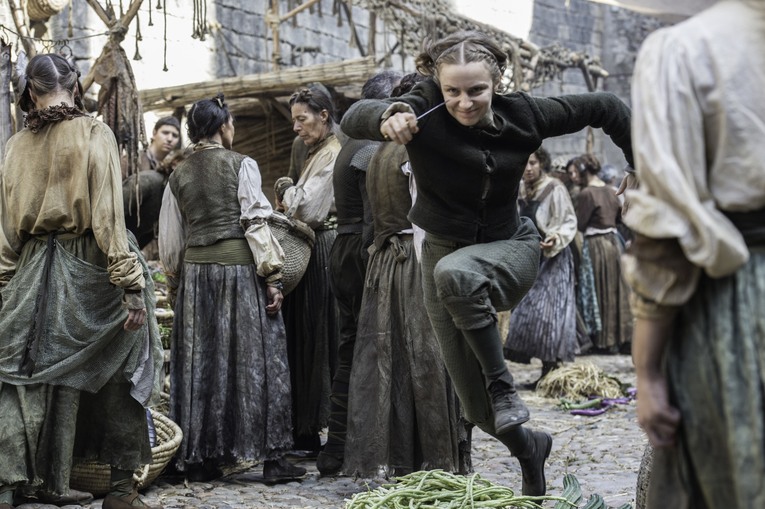 I mean, could you look more delighted about killing? Yeesh. But don’t worry, Arya leads her to the place where she hid her sword, Needle, because Arya is awesome, and then she carves her face off and puts it in the hall of faces to show sexy Jesus whatsup.

And then she tells him GUESS WHAT MOTHERF$#%ER? I’M ARYA STARK. Yes, yes you are. Go to Winterfell and help your sister and brother with your magical powers of not dying, Arya. Be quick about it. They’re in battle next week, the episode is called Battle of the Bastards.

What did you think? Leave comments below!